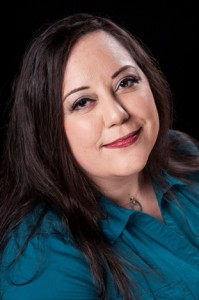 Author, avid reader, and shameless hero addict, Nancy Kimball loves books, Ancient Rome and all things gladiator. She makes her home in Houston, Texas and is the former president of her local American Christian Fiction Writers chapter, Writers on the Storm. Her industry accolades include a two-time ACFW Genesis finalist (Chasing the Lion – 2012 / Unseen Love – 2013), and a Romance Writers of America Lonestar finalist in the Inspirational Category (Adrift No More – 2013). In 2012, her best friend and critique partner bestowed Nancy with the nickname “Phoenix” after hearing her personal testimony. Nancy loved the name and adopted the Phoenix symbol to embody her life verse, Ezekiel 36:33-36. It later came to represent her brand, Fiction from the Ashes, symbolizing stories of characters that rise from brokenness to victory.

The Courage to Ask

We’ve all heard that adage “the worst that can happen is they say no.” I don’t know about anyone else, but I don’t like being told no. I also don’t like asking when I feel it might be a burden to someone else. But then I became a novelist. I experienced first-hand what is possible when you find the courage to ask, and the answer is yes. Suddenly it was clear to me why people have been saying that phrase for decades, and today I want to add my voice to that saying.

For me, it was some research assistance I needed for my debut novel. A First Century gladiator epic set in Ancient Rome, I’d already spent about three months reading source material but I needed more. I’m conversational, and needed access to a historian to be able to answer a few questions I had whose facts or findings still eluded me. And I had a great solution. I emailed some former professors at my Christian college, certain that as an alumnus, they would help.

So I went next to the other prominent University in our city.

And then I got a “crazy idea.” Quite a few documentaries I’d viewed and research books on gladiators I’d read continually featured work from Dr. Kathleen Coleman. She is one of the world’s premier authorities on gladiatorial history and tradition, so much so that she was retained as an advisor to the Ridley Scott film Gladiator (2000) starring Russell Crowe. I knew she was a Harvard professor, and that sometimes in the staff directories online contact info was available.

So I hunted for a few minutes and there it was. I took a deep breath because this was crazy, right? But a prevalent theme for me is to just do things afraid and trust God, so I emailed her with a short introduction and asked my questions, and any assistance she might be able to offer.

A week or so later, still no response, but I’d fully expected that. But God wasn’t done. When I opened up my e-mail about ten days later, the matter already forgotten, there was her reply. Not only had she responded, but she said yes! I was able to work with her and her assistant to secure copies of all my requested off-prints of her research and that information became invaluable to me over the course of writing Chasing the Lion.

I understand shyness. I experience that too.

I understand fearing putting someone in an uncomfortable position to have to say no. I do.

I understand the reality that more often than not, especially with a big, crazy ask like mine was, the answer will be no. Or a non-response, which is often more frustrating than a no.

But they might say yes. God might be up to something behind the scenes. But you’ll never know if you don’t dig deep and find the courage to ask.

ME: How awesome, Nancy. I also struggle with asking people to do things, even when they’ve offered at some point, because I worry about inconveniencing them. I don’t know that I’ll ever get over it, but I will struggle through it when I have to. 🙂  How about you, readers, do you have a hard time asking for help? Do you have advice on how to overcome the struggle?

About Chasing the Lion: 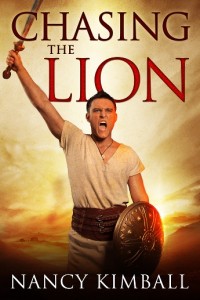 From the blood-soaked sand of the Roman arena, a divine destiny will rise.

For as long as Jonathan Tarquinius can remember, everyone has wanted something from him. His half brother wants him dead. His master’s wife wants his innocence. The gladiator dealers want him to fight—and die—for their greed. Rome’s most famous prostitute wants his love. And the gentle slave girl who tends the wounds on his body and the hidden ones on his soul longs for him to return to his faith. What Jonathan wants is simple. Freedom. But God wants something from Jonathan too—something more than anyone would ever imagine. The young warrior’s journey will push him to the limits of human endurance and teach him that true freedom is found within. The greatest battle Jonathan must ever fight will not come in the arena, but deep within himself as he is forced to choose between vengeance and mercy—with the fate of an empire and the life of the woman he loves hanging in the balance.

How to find out more about Chasing the Lion and Nancy visit these links:

Thanks for joining us today, Nancy.