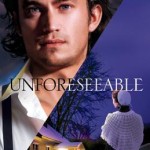 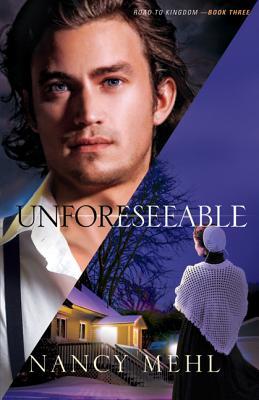 Nancy Mehl has done it again. She’s given us another wonderful story from the town of Kingdom. Though it’s categorized as a romantic suspense, the romance is really not the forefront of this novel. Callie and Levi are already engaged at the beginning of the story, so we don’t get to see them fall in love, but we do see how that love is tested.

I enjoyed Unforeseeable, more so toward the last half of the book, where the story became more intriguing.

Callie Hoffman knows she has a good life in Kingdom, Kansas. She’s thrilled to be engaged to Levi Housler, the new pastor of Kingdom Mennonite Church, and she spends her days working with her friend and soon-to-be sister-in-law, Lizzie Housler, at Cora’s Cafe.

However, Callie’s idyllic life is interrupted when a body is discovered on the road outside Kingdom and the deceased turns out to be a victim of a serial killer. As Washington County’s new sheriff begins questioning Kingdom residents, Callie and the rest of the town are appalled at the prospect of a killer among them. The very reason Kingdom exists is to protect the people from the temptations and dangers of the outside world, but all the town founders’ attempts to plan ahead couldn’t prevent a threat like this.

Unsettled at this unforeseen danger, Callie is concerned when it appears Levi knows more than he’s telling. Desperate to find answers for herself, Callie never expected that she’d have to face some of her own past’s skeletons.

As Callie and the residents of Kingdom fear this danger for which they never planned, they must learn anew that only God knows the future and their trust must always lie in Him.