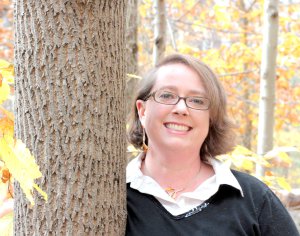 Things Not To Say, Continued

When I visited in July, I mentioned a few things not to say to the childless people in your life. I thought this time, I might mention a few things not to say to people in your life who are adopting (or who have adopted). Couples who find themselves deciding to adopt (particularly if they’re adopting domestically) after infertility are now faced with the unique situation of having to reverse their natural inclination to keep things close to the vest. Generally speaking, once you decide to adopt, everyone (from your agency or attorney to the nosy neighbor next door) will tell you that you need to spread the word far and wide. And to some degree, that’s true. The more people that know you’re looking to adopt, the more possible it is for your friend’s cousin’s best friend’s little sister to decide that you would be the perfect parents for her unborn child. But even though you’re noising about the fact that you’ve decided to expand your family through adoption, there are some questions and statements that are better off being left unsaid.

Don’t ask about the child’s “real” or “natural” parents.

Now, I’ll grant you, the legal term in all the adoption paperwork for the child’s biological parents will actually be “natural,” but adoptive parents can overlook that pretty easily in documents that go on to state that the child is theirs. From friends and family, however, it doesn’t sit quite as well. After all, if the biological parents are “real” or “natural”…what are we? Fake and unnatural? Stick with the term “biological” – it’s likely the term that the adoptive parents will be using with their child (either biological or “birth”) to explain the formation of their family and will avoid a tear-filled conversation with the child who overhears a question about a ‘real’ parent and then asks his mom why someone said she’s not his real mommy. (I’ll just say that conversation still haunts me, though I was amused that he went on to tell that family friend all about correct terminology the next time we met.)

He is ours. Not just legally, which is the least of issues, but he’s ours heart and soul and mind and like any mama bear out there, I will fight to the death to protect him. What he looks like is the least of my concerns (other than, of course, the fact that he’s the most handsome young man you’ve ever met.) And when there are siblings in the picture who were also adopted, pointing out that one has a skin tone more in line with the parents than the other…just don’t. Because they don’t notice it until someone starts making a big deal about it.

Do use past tense when referring to the child having been adopted.

I’ll end with a positive thing you can do – recognize that the child’s placement and adoption was one event in their life. It’s not a continuing event. They were adopted. Just like they were dedicated or baptized. It certainly will influence their life, there’s no question there, but it’s my prayer and, I suspect, the prayer of most adoptive parents that having been adopted will not be the primary event of their life that defines them.

Adopting is a wonderful way to grow a family. But it’s also not necessarily for everyone. It’s something that needs to be undertaken prayerfully and purposefully, with eyes open to the ups and downs that so often come along with taking that step. In Love Defined, the final installment of my Remnants trilogy, June and Toby decide to pursue adoption, while July and Gareth do not. It continues to be my prayer that this series will provide insight into the struggles of the infertile, as well as those unique to adoptive parents and that those who have walked these paths themselves will feel a little less alone. 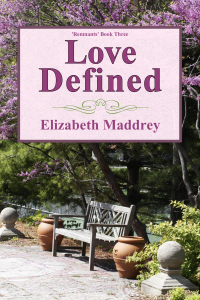 July and Gareth have reached the end of their infertility treatment options.  With conflicting feelings on adoption, they struggle to discover common ground in their marriage.

Meanwhile, July’s twin sister, June, and her husband, Toby, are navigating the uncertainties of adoption and the challenges of new parenthood.

How much stretching can their relationships endure before they snap?

Thanks for sharing, Elizabeth.

Have you struggled with unkind words about your adoption/infertility? What are some other things to say or NOT to say?