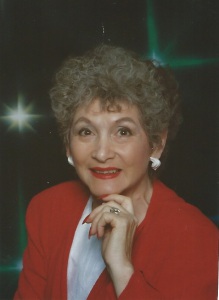 Katheryn Maddox Haddad was born in the north, but moved to Arizona where there is no snow.  She lives with her palm trees, cacti, and computer with the key names worn off.  With a BA degree in English and Bible, she earned part of an MA in Bible, including Greek studies.  She spends half her day writing and the other half teaching English using the Bible as a text book to Muslims around the world.  She has converts to Christianity in hiding in Afghanistan, Iran, Iraq, Yemen, Uzbekistan, and Palestine.  “They are my heroes,” she says.

The very first Christmas was filled with confusion and fear and heartache, not with parties, electronic gift exchanges and romances in the snow.  Do we dare remember it the way it really was?  Or would it ruin our holiday?

Mary was a teenager who, perhaps, the “grown ups” didn’t take all that seriously.  When the angel announced she would miraculously bear the Son of God ~ The Son of God?! ~ she rushed to her elderly cousin who was pregnant with her own miracle baby ~ the baptizer.  Could Elizabeth and her husband who couldn’t even talk give her any advice?  How was she going to tell her parents?  How was she going to break the news to her fiancé?  He could easily have her stoned to death for adultery, being three months pregnant by the time she returned home.  Would he ever believe her?  And the neighbors:  What kind of names would they call her in the market?

Then there was Joseph, an industrious carpenter with everything in his life organized and predictable.  Then Mary and her pregnancy happened.  Outrage.  Fury.  A confused abyss in his very soul.  Even after the angel told him she really was miraculously pregnant, how was he going to live up to God’s expectations of being a father to His Son?  He couldn’t get Mary out of having to travel across country to a required census.  He couldn’t find a bed for her during childbirth, or even a pillow for the Son of God.  Then, on top of that, soldiers came after them to kill the baby.  Could he escape in time?  So far, he hadn’t been the kind of father he had intended to be.

How about the shepherds?  Dirty.  Smelly.  Hardly accepted in the temple by the holy people except to deliver sacrificial lambs for the slaughter.  And Anna.  By the time she was in her eighties and having lived in the temple most of her life, she had witnessed slaughters right there by Grecian invaders, then Roman invaders, and finally by their newly-appointed king, Herod.  Blood, tears, and decade after decade begging God to send the Deliverer.

The magi, the wise men in Persia and India, hadn’t the slightest idea what the strange new star meant.  Their king demanded to know how it was going to affect his kingdom, upon pain of death. They searched their Hindu writings, their Buddhist writings, their Zoroaster writings.  They couldn’t find any significance to a star.  But Daniel, generations earlier, had left the clues they needed in the book he wrote.  Would they even live long enough to find his writings in their archives?  Or would their king send them to the lion’s den first?

Mary, Joseph and all the others went through confusion and fear and heartache, fighting Satan every step of the way. Why? 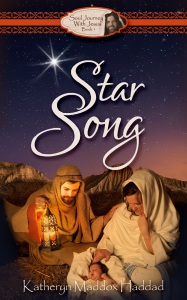 Mary was too young, Elizabeth too old, Joseph too gullible, the shepherds too smelly, Anna too senile, Simeon too idealistic, Salome too flippant.  The wise men should have minded their own business, Zechariah should have accepted he’d never have children, King Herod dared control God, the oriental scholars dared interpret God.  STAR SONG is in both adult-book form and child-book form.

Thanks for joining us, Katheryn.