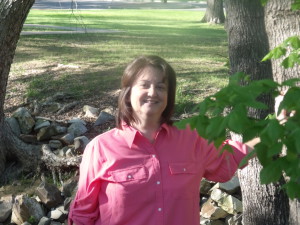 Raised in Louisiana and Wyoming, Renee started writing poetry in junior high school and that, as they say, was that. After having her son, a desire to attend pharmacy school sent her small family to Laramie and she’s been counting pills ever since. While writing’s her first love, well, after the Lord and her husband, she also likes to fish and hunt as well as pick away on her classical guitar.

Nestled against the Black Hills with her husband, crazy old dog and ornery cat, she serves the community of northeastern Wyoming as a pharmacist and pens her Christian stories, keeping them interesting with action and intrigue, of course. She loves to interact with readers and invites you check out her website, blog, and social media.

The Legend of the Fairy Tale

Beauty and the Beast, Hansel and Gretel, Snow White. Have you ever wondered how a fairy tale begins? Or why they continue to thrive today?

One Merriam-Webster definition states a fairy tale as “a story in which improbable events leads to a happy ending.” Here are other sub-definitions…one about goblins and wizards and another concerning deception. I’m not one to buy into these. After all, a fairy tale’s more than the sum of its parts. True, it has a beginning, middle, and end, but it’s a person’s piece of literary work. It’s a story.

I like what Jens Tismar says in his German monologue about the fairy tale. Of course it’s analytical, but it’s a tad bit more realistic. Here’s what he said. It’s a story that differs “from an oral folk tale”; written by “a single identifiable author”; can be characterized as “simple and anonymous”; and exists in a mutable and difficult to define genre with a close relationship to folktales.[1]

What does that mean? It’s simple really. Everything goes back to the source. Where does it begin, and what’s it all about? 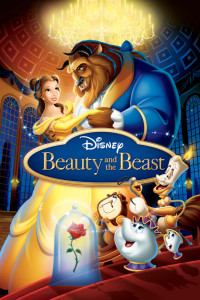 When French novelist, Jeanne-Marie Leprince de Beaumont published her fairy tale, Beauty and the Beast in 1756 (French: La Belle et la Bête), it wasn’t the first version of the story. In 1742, the play, Amour pour amour, by Nivelle de la Chaussée, superseded her book and was based on Gabrielle-Suzanne Barbot de Villeneuve’s adaptation of the tale. The work has since been made into additional forms of literature, and film (television and screen), as well as theatre and entertainment. And the tale lives on after almost 300 years.

I wrote my contemporary, romantic suspense novella Beast of Stratton with the de Beaumont’s story in mind. Of course, I adapted it to a mystery set in the high rises of New York. What I mean by that is, it’s not a literal interpretation. But it doesn’t matter. People can take the root of a fairy tale and write a different story. Even if the tale changes, people can always relate to the similarities. I believe that’s what makes a fairy tale timeless.

Anyone who reads my book and the original story of the French novelist can recognize characteristics of the Beast in Miles Stratton…from his wealth to his volatile emotions. Aimee Hart resembles Belle in subtle ways. Instead of a merchant, she’s a rich man’s daughter who works out of a trailer. And her tolerance transforms the man she loves…in place of her tears.

Do you have a favorite fairy tale? Would you recognize a story based or inspired by it? I’d like to think you would. After all, they live on in our hearts and minds…forever.

About the BEAST OF STRATTON: 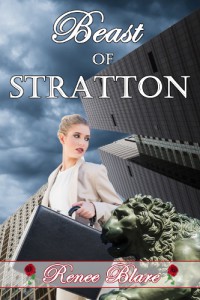 He appears the beast but she sees the man.

Architect Aimee Hart, determined to locate her father, infiltrates Miles Stratton’s engineering firm as a secretary. Her presence wrenches the shaggy, wounded man from his penthouse, and the quest begins.

He’s been betrayed by his best friend. Miles would rather hide than help, especially his daughter. But it isn’t over. Someone’s trying to destroy Stratton Industrial. A war veteran, he knows how to defend his own, the Beast of Stratton can do it again.

She’d called his friends, the family. She’d even tried her stepmother who’d hung up on her. Well, okay, maybe that wasn’t the brightest idea.

A red rose rolled across her father’s tattered note, caught in the breeze from the open window. Sliding the pane down, she picked up the flower. The words on the page blurred as she buried her nose in the soft petals.

Instead of saying goodbye to his wife in his last letter, he’d simply left explicit instructions not to follow him. Aimee snorted. Like the woman would care. He’d sent it with the rose and an antique necklace. She held the thick chain aloft and peered at the golden key spinning in the light. The jewelry had probably cost a fortune.

And her stepmother was nowhere to be found. Scratch that. According to her, she wanted to be left alone. It didn’t make a difference to Aimee what the letter said and to whom, she’d follow. A small smile worked its way to her lips as she fastened the necklace around her neck.

The zipper stuck on the edge of the suitcase and she gave it a hard jerk. Dragging the bulging bag off the bed, it hit the floor with a thunk. She slid her arms into her jacket and looped her purse over the handle. She dropped the rose, and it landed beside her plane ticket next to her wallet. Before latching her fingers around her bag, she tucked the key under her shirt out of sight. “Stratton Industrial, here I come.”

Renee has graciously agreed to give away a digital copy or signed paperback copy of Beast of Stratton to one person. Answer her question above about your favorite fairy tale or just comment on this post for a chance to win. You have until midnight Tuesday, May 5th. Don’t forget to leave your e-mail, so I can contact you if you’ve won.