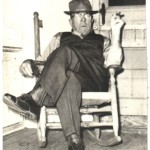 Strange title, I know, but it got you here right?  🙂

I’ve been tracing my genealogy for several years, though not all at once. I get frustrated when I come to a long lost ancestor and there’s NO information that the person ever existed, except that he or she was someone’s father or mother.

Last night, however, I made an awesome discovery.

My husband’s family name is Solomon, but they knew that at some time in the not-so-distant past it had been changed  from Tillman. No one knew when or why. So I’ve been working off and on for a few weeks trying to piece together people to find more information. Turns out Mr. Tillman married Miss Solomon, but, for reasons unknown to me, all of their children retained the surname Solomon. When I went further back, Tillman had been changed from Tilghman and they immigrated from England in 1638. And I found a copy of a document proving it. 🙂 I wish it were always so simple. 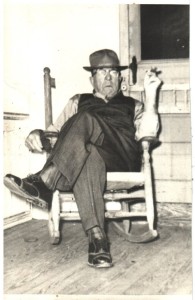 So far between my husband and myself, we come from Ireland, England, and the Netherlands. Mostly we’re Irish and English, go figure. I’m pretty sure I have Italian in me, but I’m stuck on the Mozingo side of my mother’s family. I’ll go back to it sooner or later and look some more.

The picture to the right is of my grandfather, Charles Guy. He was born in 1875 and died in 1961 (before I was born). He was one of twenty-something children. I’m still trying to figure out which ones might be duplicates. My ancestors had the nasty habit of naming their children the same first name, especially if one of them died in infancy or childhood. I traced the Guys back to England, though I had thought it might be a German name. I found they had also changed the spelling of the name. It was originally spelled Guye.

Okay, I’m sure that’s more than you wanted to know about my ancestors. LOL

Is genealogy something you’re interested in? If so, what have you found interesting in your past? If not, do you have an interesting story passed down from your parents or grandparents that you’d be willing to share? I LOVE to read about interesting people.