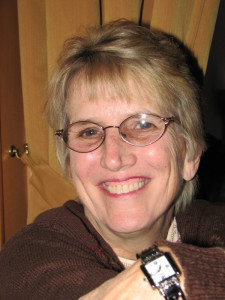 In truth, Carol McClain is wacky and wonderful.

And with her words, she hopes to show her readers truths they may not have been aware of. For years, she’s been interested in the Fair Trade Movement and Not For Sale. Those ideologies sparked the idea for her latest novel.

[note from Ginger: The following post may stir up some controversy. If you choose to comment, understand that I reserve the right to delete anything I deem inappropriate.]

Overseas, no regulations exist on the length of the work day, overtime, health benefits or environmental protection. Companies erect structurally compromised factories with poor lighting and unsanitary conditions. Little children with little fingers perform the jobs we banned here a century ago.

They get paid. So did the American slaves. We gave them food, shelter, and clothing and allowed them their lives providing they did our bidding. These people overseas get the equivalent, and it costs Americans much less than doing with less.

We’ve become comfortable with owning lots of goods and paying little for them. We don’t buy Fair Trade because it costs too much. We close our eyes to squalor of the world because our pocketbooks will be affected.

Lord God, you say, ‘Better is a little with righteousness than vast revenues without justice.’ Let me remember the price paid by many so that I can enjoy the plenty You’ve given. Give me a prayer for the downtrodden and open my eyes to ways that I can make this world a better place for all your peoples. [Amen]

More about Waters of Separation: 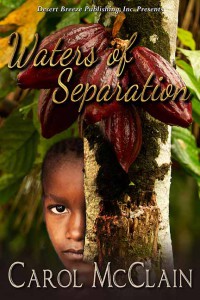 Her interference prompts a corrupt government to threaten the thriving mission and the lives of Anna and her friends. Her actions also threaten her marriage.

Thank you, Carol, for opening a topic that many do not wish to hear or talk about. Readers, feel free to discuss alternate ways to obtain goods–not just chocolate–that are not produced via virtual slavery.

You have the right to your opinions; however, I retain the right to delete any inappropriate comments. Slavery is a hot topic at the moment, but we will not discuss the past or anything racial. This is about changing the future and making a difference in the lives of others.

Thanks for your understanding.