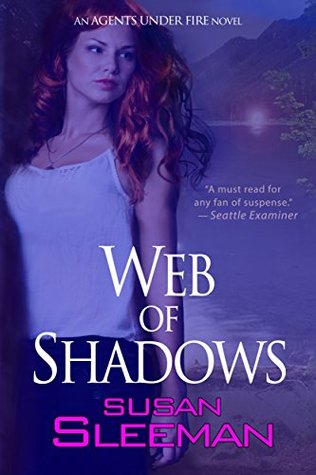 A killer is lurking in the shadows . . .

FBI agent Nina Brandt loves her job. Sure, she’s made some enemies, but she knows she’s making the world a better place. It’s lonely at times, but she has good friends to get her through. It’s a good life.

Little does she guess that her past is about to come back and haunt her . . . in more ways than one.

When Navy SEAL Quinn Stone learns that his geeky younger brother, Ty, hacked into the TSA’s No Fly List, he would rather take a bullet than go to his former fiancée, Nina Brandt, for help. Five years ago, she resented his commitment to his SEAL team and gave him an ultimatum—her or the team. He chose the team. But now, he and his brother have no other choice . . . not if he doesn’t want to see the kid behind bars.

Nina has finally moved on, but she can’t resist Ty’s plea for help . . . especially when he drops a bomb that could rock national security. The laptop he’d used to hack the TSA has been stolen. Fearing terrorists would do just about anything to get their hands on this list, Nina agrees to take the case to her team. After all, this will become an FBI matter and Quinn’s help won’t be needed . . . as much as she’s starting to want it.

But the thief has more on his mind than just the list. He’s been waiting for a chance to get back at the woman who sent him to prison two years ago. And he intends to make her pay—in the most painful way possible . . .

Review: If I had to describe this book in one word, it would be intense. Lots of action filled nearly every page. The relationship between Quinn and Nina was a bit confusing at times, and frustrating, but I think that’s true to real life. 🙂

I enjoyed the story. I’m giving four stars because I did have to put it down at times due to something I can’t quite put my finger on. I wanted to get back to it, so it wasn’t the plot or any writing infraction. Maybe just the darkness of the antagonist? I’m not quite sure. 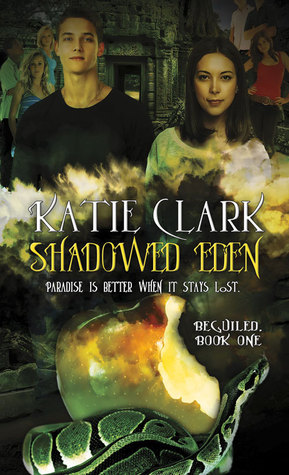 Avery Miles is ready to spread her wings and prove her worth on a church mission trip to Iraq, but when their entourage gets blown off course in a desert dust storm, the group is lost in an inexplicable garden oasis. Along with the luscious fruits and crystal springs, Avery and her friends find poisonous snakes, deadly sink holes, and a group of natives that are almost unearthly—but that’s not their biggest problem. No matter which way they trek, they can’t seem to leave.

Review: While this is most definitely aimed at teens, it is an excellent and insightful book. Katie’s writing drew me in to Avery’s story, her angst, and her inner turmoil. Most of us have been in a place where we wonder what others think about us, and this story is full of self-doubt, self-recriminations, and then self-discovery. We see Avery struggle, but we also see her overcome and become the young woman God created her to be.

I received an Advanced Reader Copy, so I’m going to assume the grammatical and formatting errors were rectified, but even if they weren’t, this book is definitely worth the time to read it–for all ages. 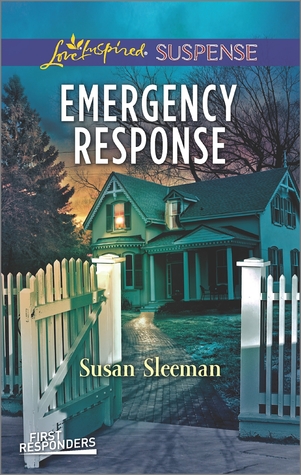 On her way to visit a little girl she recently helped save, paramedic Darcie Stephens is attacked by a stranger dead-set on killing her. She escapes unscathed when detective Noah Lockhart comes to her rescue, but an officer finds a hit list dropped by the assailant—and Darcie’s name is next. Now with an assassin constantly on their heels, Darcie and Noah must uncover why somebody wants her dead. Noah fights hard to protect Darcie, but she’s determined to keep the cop at arm’s length. After all she’s lost, she’s afraid to love again, especially a handsome lawman with a guarded heart. And a murderer doesn’t plan to let Darcie live long enough for any second chances.

First Responders: Brave men and women alert and ready for danger and love.

Review: The first words, “Can’t breathe. Must breathe.” drew me in right away. Why can’t whoever it is breathe? The next sentence explains it, and the story never stops. From one page to the next Susan Sleeman pulls us into Darcie’s life and near death experiences. And her fight to ignore her attraction to the hunky cop who wants to keep her safe.

As always, Susan writes a good story, and does it with excellence. You won’t want to miss this installment in the First Responders Series. It is a stand-alone novel, but I highly recommend the first three.

I received these books from the authors/publishers free in exchange for an honest review.