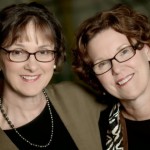 Every once in a while I would invite an author to come and guest post. Now that I’m a full-fledged published author — I can still hardly believe it — I want to help my fellow authors get the word out about their books. One way for me to do that is by helping them promote on A Bed of Roses…Thorns Included. So each Wednesday, a guest will be blogging and introducing us to their books. I hope to have a wide variety of genres, including nonfiction.

I will not have read the majority of the books by the guest authors, but as I have done in the past, I will try to make sure the books have a Christian worldview and are suitable for your grandma or 13 yo to read.

So without further ado, my first guests are the Writing Sisters, Betsy Duffey and Laurie Myers.

The Writing Sisters, Betsy Duffey and Laurie Myers were born into a writing family, and began critiquing manuscripts at an early age for their mother, Newbery winner Betsy Byars.  They went on to become authors of more than thirty-five children’s novels. Their first book for adults is  The Shepherd’s Song,  Howard Books, March 2014.


The Shepherd’s Song:  Naming the Cast of Characters
The Shepherd’s Song has a cast of characters and all those many characters meant many names.  Each name provided us with a challenge. Like choosing a name for a baby you want it to be just right.
Names are important.  We want each name to be memorable and to fit the character.  You tend to remember well-named characters, like Atticus Finch or Cruella Deville.
The main character of The Shepherd’s Song, started out with the name Candy McConnell.  Although her name is now Kate McConnell in the book, we still refer to her as Candy.  The name came with the first chapter, and there was never any second-guessing.  For us the name implied good and sweet.
It wasn’t until later we began to realize that it might not appeal to some of our readers.  Our editor helped us see that a name that has appeal to us might not have a broad appeal.  The hunt was on.  We used our favorite resources – One Hundred Names to Name Your Baby, our online search for the meaning of different names.  We compiled lists. We typed different names into the manuscript and read it aloud.  Finally we decided on Kate and it fit perfectly.
Sometimes we try to show something about the character through the name.  Marra means sorrow and was the perfect name for the young girl in the book fleeing from an abusive relationship in a tattoo parlor.  Her abuser who is pursuing her was a challenge.  We decided on Lobo, which means wolf.  It seemed to capture his stalking nature.  Both of these names helped the reader to understand the characters.
Some on the characters were named after people we both knew and liked – Chris, a friend of Laurie’s, or  Cornelia, Betsy’s neighbor.  Other names were chosen to reflect the nationality of the character, like Francois, the French art restorer, or Kioni, the Kenyan runner.
We can play with Biblical names.  In one story a man wrestles with God at night under the stars.  The perfect name:  Jacob.
Sometimes a character seems like the type of person who would have a nickname.  Tater was our favorite nickname in the book and became a soldier in the second story.  Lou and Frankie showed the casual demeanor of the brothers in Italy while Roland, our business man, would never go by anything other than his given name.
As we develop each character of the book the names become a part of who they are. As we write a name helps us to know our character better. If a character is well-named the same is true for the reader.
Do you have a favorite character name in fiction? 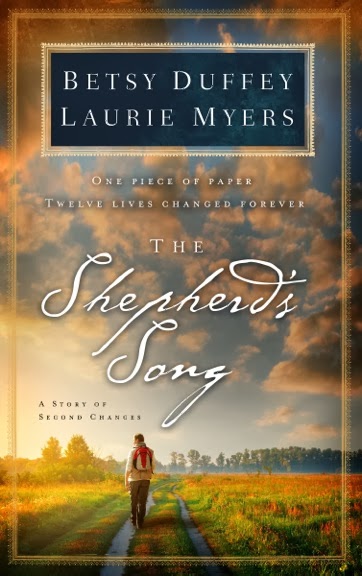 Follow the incredible journey of one piece of paper—a copy of Psalm 23—as it travels around the world, linking lives and hearts with its simple but beautiful message.
The Lord is my shepherd; I shall not want. He makes me lie down in green pastures…
Shortly before a tragic car accident, Kate McConnell wrote down the powerful words of Psalm 23 on a piece of paper for her wayward son. Just before she loses consciousness, Kate wonders if she’s done enough with her life and prays, “Please, let my life count.”
Unbeknownst to Kate, her handwritten copy of Psalm 23 soon begins a remarkable journey around the world. From a lonely dry cleaning employee to a soldier wounded in Iraq, to a young Kurdish girl fleeing her country, to a Kenyan runner in the Rome Invitational marathon, this humble message forever changes the lives of twelve very different people. Eventually, Kate’s paper makes it back to its starting place, and she discovers the unexpected ways that God changes lives, even through the smallest gestures.
With beautiful prose evocative of master storyteller Andy Andrews’s The Butterfly Effect, this story will touch your heart and remind you of the ways God works through us to reach beyond what we can imagine.
Want to know more about the Writing Sisters or The Shepherd’s Song? Here are their links:
www.WritingSisters.com
www.facebook.com/WritingSisters
The Shepherd’s Song

I was privileged to be able to read this one, so here is my review:

To be honest I put off reading this novel because I wasn’t sure what to expect. It’s not a genre I normally read, but I must say it was wonderful.

Ms. Duffey and Ms. Myers take the twenty-third Psalm and transform it into something even more powerful and touching by the stories they tell. I warn you, you will cry — some happy tears, some not so happy, but it was SO worth it.

I pray that I can touch the world for God half as much as Kate did. What a legacy.

Now let’s go back to their question: What’s your favorite character name?