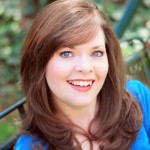 Today A Bed of Roses welcomes Sherri Wilson Johnson.
Sherri is an Inspirational Romance novelist, a speaker, social media junkie, and a former homeschooling mom who loves to share God with others, while sharing her life experiences with them.
She lives in Georgia with her husband and two children. She loves to dream of romantic places and romance in general–good, clean romance, that is. She is passionate about purity and sexual integrity.
Please help me welcome her as she shares.

I love to read. 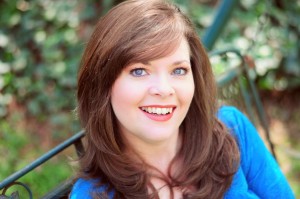 I love to read the Bible, Bible studies, books of many kinds, blogs, emails, Facebook messages, my Twitter feed, texts on my phone, the back of cereal boxes…you get the picture. I spend most of my day writing and then reading what I’ve written as I edit. And then I read books from my favorite authors when I go to bed at night. I love to know what is inside the heart and mind of God and I love to know the same thing about His children. I love to know what makes this world tick. I love for others to know what is inside my mind and heart, as well. I think that’s why I enjoy this calling of being a writer so much.

The book The Prayer of Jabez by Dr. Bruce H. Wilkinson is one of my favorite books. Who is Jabez and what was his prayer? Jabez was just an ordinary man who is mentioned in a tiny section of the Bible. In the long list of names in I Chronicles 4, suddenly there is a break and Jabez and his prayer are mentioned. In verses 9-10, it says: “Now Jabez was more honorable than his brothers, and his mother called his name Jabez, saying, “Because I bore him in pain.” And Jabez called on the God of Israel saying, “Oh, that You would bless me indeed, and enlarge my territory, that Your hand would be with me, and that You would keep me from evil, that I may not cause pain!” So God granted him what he requested.”

Jabez is not anyone of great significance. From the beginning of his life he was kind of marked because the mere mention of his name reminded folks that he caused his mother great pain while she was in childbirth. He was, however, more honorable than his brothers and I suppose it made God want to grant him his request. This prayer inspired the book written by Dr. Wilkinson and it inspires me.

I started praying this prayer at the beginning of September 2011 because I wanted God to do amazing things in my life and in the lives of my family members and friends. I didn’t start praying it because I wanted God to give me wealth or popularity. I wanted God to bless me with whatever He wanted to bless me with. I wanted Him to enlarge my territory because that would enlarge His territory. My thoughts were that the more people that found out about me, the more I would be able to spread the Good News about Him to the world. I wanted His hand to be with me because I couldn’t imagine walking through this life without Him. And I truly wanted Him to keep me far from evil and to guide me along the right path so I would not sin against Him and not cause my friends and family to follow me down the wrong path.

As soon as I began praying this prayer, God started answering it. It’s not a magic prayer. What it is though is a prayer that opens your eyes to the blessings of God that are already there in your life. It makes you watch out for opportunities in which you can tell others about Him. It makes you be more conscious of the traps that Satan tries to set up for you. It makes you see that as a child of the Father, you have an inheritance that compares with no other and blessings that are right there at your fingertips.

James 4:3 says: “You ask and do not receive, because you ask with wrong motives, so that you may spend it on your pleasures.”

We can ask God to bless us and to protect us and to enlarge our territories and to be with us always and when we ask with pure motives and with a desire to make Him be glorified, He will answer according to His will.

In this past year, I have had my territory enlarged so much that I can only give God credit for it. He has opened more doors for me to be a minister to others and for me to get my writing out in front of people that normally it would have been impossible to reach. It is amazing how God desires to give everything to His children and sometimes we forget the most important part of it—asking and believing! 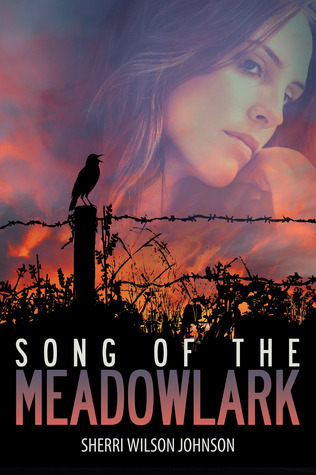 If you’re a frequent reader here at ABOR, you know I reviewed this book last week. If you didn’t get a chance to read it yet, you can see it here.

You can find out more about Sherri at her website and you can purchase Song of the Meadowlark by clicking the title.