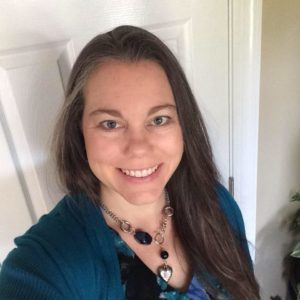 Tracy Wainwright has always loved reading, but didn’t become a writer until she was almost 30. Words became an outlet for her through a trying time, grabbed hold of her, and never let go. Tracy works her writing in-between and around raising and homeschooling four children, squeezing in time for her hubby, and now entertaining a new puppy. She always has her hands in multiple ministries and enjoys speaking to church, women’s and writers groups. To cope with a very full, blessed life, she consistently works on perfecting nap time.

Have you always written? No, I was actually the kid in school who didn’t like essay tests or research papers. I always preferred math to English. I always enjoyed reading, but never dreamed of writing.

How did you get into writing? When my second child was born, I was a stay at home mom for the first time and had a million emotions and thoughts and no adults to share them with. I started writing to get them out. Then writing became a passion. I spent the next few years learning about the craft of writing and honing the skill. I read about writing, attended conferences, and joined critique groups.

You have a new book out? Yes. This is my first traditionally published book. It was a long road from my first novel (which absolutely stunk in the beginning, but has now been rewritten and has a contract of its own) to being traditionally published. I’ve self-published many books – fiction, nonfiction, and children’s books – but this process has been quite different. It takes a lot longer, but it’s nice to have someone else be in charge of the design, cover, and formatting. It will also be nice to have a publisher and network of authors to help promote this book.

Tell us a little about your newest book. In an Instant is a mystery. We start out seeing a desperate Luke Montgomery at the police station trying to get someone to listen to him about his wife missing. Officer Terrence Cooper agrees to look into what happened to Julie Montgomery, but isn’t quite convinced anything is amiss. After all, she’s only been missing a few hours. However, the more questions he asks, the more it seems like something sinister has happened to Julie. As he continues to dig, he uncovers secrets that are most likely connected to her disappearance and give Luke more to deal with than he ever imagined.

What’s the hardest part about writing for you? Sometimes it’s time. With regular life raising and homeschooling four children, having built a house and moved in the last few years, and other ministries and family things, it’s often hard to squeeze in time. However, really promoting a book is even more difficult. There’s a lot of competition and although there are more avenues than ever with social media, everyone else is out there vying for book sales also. Plus, I’d love to just write and let the books take care of themselves, but marketing is a very important part of being an author.

What’s next for you? I’m working on an eight-part women’s fiction series that’s contracted with the same publisher. I also hope to write another cozy mystery in the next six months.

Where can we find your book? It’s on the major book retailers websites.Thanks for having me on a guest! 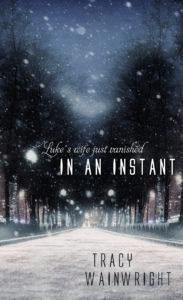 More about In an Instant:

The Clock is Ticking…
Julie Montgomery left for work but never arrived. Her husband, Luke, reports her disappearance, but Officer Terrence Cooper isn’t convinced anything’s amiss. As he looks into the case, he discovers that not only are Luke Montgomery’s fears warranted, but that Julie had been hiding a dark secret.

Julie vanished in an instant. By the time Terrence unravels the truth, will it be too late to get her back?

In an Instant links:
Amazon
Barnes and Noble