Just a quick break in our normally scheduled Monday Musing. There are certain authors I love to help publicize their works. And when I put out a request for guests several months ago, Kelly Irvin responded with a desire to join me here, but my Wednesdays were scheduled already. So I volunteered to let her post on a Monday instead. So, without further ado, here’s Kelly Irvin. 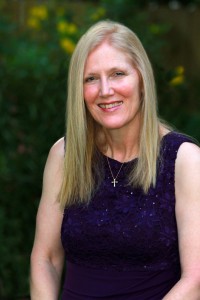 Kelly Irvin  is the author of the critically acclaimed The Beekeeper’s Son, called “a beautifully woven masterpiece” by Publishers Weekly. The book is the first of three in The Amish of Bee County series from Zondervan/HarperCollins. Kelly also penned the Bliss Creek Amish series and the New Hope Amish series, both from Harvest House Publishing. She has also authored two inspirational romantic suspense novels, A Deadly Wilderness and No Child of Mine.

The Kansas native is a graduate of the University of Kansas School of Journalism. She wrote nonfiction professionally for more than thirty years, including ten years as a newspaper reporter, mostly in Texas-Mexico border towns. She has worked in public relations for the City of San Antonio for twenty-one years. She is a member ofAmerican Christian Fiction Writers (ACFW) and serves as secretary of the local chapter, Alamo Christian Fiction Writers.
Kelly has been married to photographer Tim Irvin for twenty-seven years. They have two grown adult children, two grandchildren, two cats, and a tank full of fish. In her spare time, she likes to write short stories and read books by her favorite authors.

An Interview with Leila

Leila Lantz is the heroine in my latest novel, The Bishop’s Son. She lives in Bee County, Texas, with her family in the state’s only Amish district. Leila longs for love, but she also wonders sometimes if she is missing out on . . . something.

Question: Your first “date” with Jesse, he took you to see a movie in George West with his Englisch friends. What did you think of that?

Leila: I didn’t know what to think. The movie was so good, but so loud! I admit I wondered what could be so bad about seeing a movie, but then I got sidetracked by having Jesse sitting there next to me. I wished I knew what he was thinking. And then his friends were kissing and I knew I shouldn’t be there, but I was stuck. I didn’t think it would be so hard to know what to do. My mudder would say, “Gott is watching, Gott knows.” He must’ve been so disappointed in me that night.

Question: How do you feel about Will’s warning that some things aren’t what they seem?

Leila: Confused! Will and Jesse are cousins, but they’ve always been more like brothers. I don’t understand how Will can try to come between Jesse and me. He’s acting a little jealous, which came as a surprise to me. I had no idea he was interested in me. I never really thought of him that way until recently.

Question: Your mother isn’t too happy about your friendship with Rory since she is Englisch, she’s in high school, and she already has a baby. Why do you stay friends with her?

Leila: Rory needs a friend. She has no mother to guide her. Her father is still in mourning. Rory is sweet and kind and a good mother. She sinned when she had the baby before she married his daddy, but we’re all sinners, aren’t we? Doesn’t the bible say we shouldn’t judge others when we have big, fat planks in our eyes? She has been a good friend to me. I want to be the same for her.

Question: You have to make some huge, painful decisions about how your life will unfold. What are the things that you consider as you decide which path to take?

Leila: It’s hard, I reckon. Very hard. Family is the most important thing for us Plain folks. Family and community come behind one thing, our faith. We know Gott has a plan for us. It’s not our place to question it, but to bend our will to his. That’s not easy for a person like me. I want what I want. I guess all folks do, but I think I have to choose between love and family, when really I have to choose between faith and family. I never expected that. I don’t wish it on anyone, but I figure everyone has to make hard decisions sooner or later. I’m glad I have Gott guiding my steps. I’d be off the path in the weeds, if it weren’t for Him!

More about The Bishop’s Son: 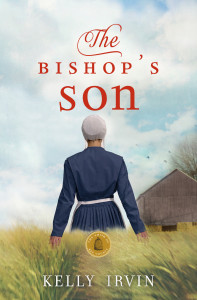 Leila Lantz is in danger of loosing her heart to a Plain man until she discovers he’s not so Plain after all.

Leila has been drawn to Jesse Glick, the bishop’s son, since the first day she met him at his father’s store, and she knows he feels the same way about her. But she can’t understand why he seems to make overtures one day, then withdraw the next.

Jesse has a secret. He’s considering making a choice that will forever affect his family and his future. He knows it’s not fair to draw Leila into his life until he makes his decision, but his heart refuses to let her go.  Will, Jesse’s cousin, has his own feelings for Leila, but he has remained on the sidelines in deference to his cousin for many months. He knows Jesse’s secret, but he promised not to tell. He can’t stand the thought of Leila being hurt so he urges her to ask Jesse one question: Where does he go every Wednesday night?

The answer to that question will force each of them to make painful choices. Leila can choose Will and know she will never have to leave her home or family. Or she can choose Jesse and the love her heart desires, knowing she’ll have to say goodbye to her entire community.

The day comes when Jesse, Will, and Leila all have to make their choices, choices that will forever change their lives and those of their small ,close-knit community of Plain families.

You can see my review of The Bishop’s Son here.

Thanks for joining us Kelly, and Leila.