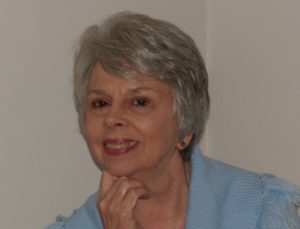 Award-winning author Gail Pallotta’s a wife, mom, swimmer and bargain shopper who loves God, beach sunsets and getting together with friends and family. A former regional writer of the year for American Christian Writers Association, she won Clash of the Titles in 2010. Her teen book, Stopped Cold, was a best-seller on All Romance eBooks, finished fourth in the Preditors and Editors readers’ poll, and was a finalist for the 2013 Grace Awards. She’s published five books, poems, short stories and two-hundred articles. Some of her articles appear in anthologies while two are in museums.

A faction in our country whittles away at Christianity little by little. The first attempt I recall occurred in the 1960’s when someone declared God dead. That was the most outlandish, ridiculous thing I’d ever heard. Who in their right mind would even think such a thing? As I expected it didn’t work. The anti-Christian slogan waned. But the mantra was only the beginning.

By the time my daughter started first grade in the 1980’s, prayer had been banished from our schools. My daughter wasn’t allowed to wear a cross, or make any reference to her faith. That same year a school authority yanked a Thanksgiving picture one of the first graders had drawn for parents’ night because it read “The Pilgrims gave thanks to God.” That’s part of America’s history.

Parents who objected to removing prayer from our schools were told their children had to learn to live in the real world, and they should accept the changes to prepare for it. During the time my daughter attended public schools, they grew from a safe place to an institution where students carried knives and guns. Eventually, the schools passed out birth control pills. This real world baffles me. Why take a safe, caring, nurturing environment and turn it into an unsafe place with a degenerative moral value system? I do realize we’re all living in the same world, and it’s what we make of it, or let someone else make of it.

Of course, we needed to become culturally diverse, and that wasn’t difficult for Christians. From childhood, as a Christian I was taught to honor the faiths of others as long as their beliefs brought good values to our society. I learned that harming others in the name of any religion should not be tolerated. But this real world diversity honors all faiths except Christianity. It claims Christians aren’t sensitive to others who are offended by our faith and demands we no longer display nativity scenes at Christmas or say “Merry Christmas” to each other in public places. Would a truly diverse nation honor all faiths except one? I haven’t seen any laws banning other religious symbols, practices or phrases.

Not only did we need to become diverse. People no longer adhered to Christ’s Gospel of love for one another. We live by political correctness, but it’s shallow and fails to instill even civility in some, let alone love. I can’t stop gasping when I think of one politically correct phrase—This isn’t a place for God.

God doesn’t have a place. He is everywhere. Some may choose not to acknowledge him, but he’s there. As Christians, God is in our hearts, our minds, on the streets, in our schools, in our churches, in our homes, in our closets. He’s in our being, we can’t go anywhere without Him. Attempting to outlaw Him from our lives is hopeless. 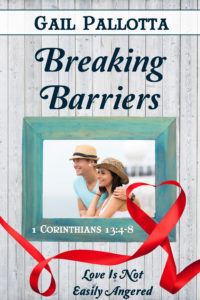 In this action-packed thriller gunshots ring out as Ann Jones enters church. She hides in the bathroom until they stop then stumbles into the sanctuary. The congregation lies dead in pools of blood. To rebuild the church she starts True Light Guardians. At the first meeting, she’s attacked by a terrorist but rescued by James Crawford. He melts her heart, cold from her father’s abuse, and they fall for each other. She’s afraid to commit to love that might grow angry later like the type she knew as a child. James yearns to stop other attempts on Ann’s life, but can’t. Tormented by her constant risks, he breaks up with her. When an assault sends her to the hospital, an unlikely ally shares Ann’s plight with James, but he reveals a lead that puts all three of them in even more danger.

Thanks for joining us, Gail. I agree with you. God, and subsequently all that is good, has been pushed to the side in favor of everything else. And yet with all of the negativity and persecution that we have to endure, WE WIN IN THE END!

2 thoughts on “God Is by Gail Pallotta”