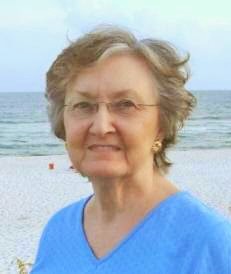 Jo Huddleston is an Amazon Bestselling author of books, articles, and short stories. Novels in her West Virginia Mountains series and her Caney Creek series are sweet Southern historical romances. Her novels are endorsed by Amanda Cabot, Lillian Duncan, Cara Lynn James, Sharlene MacLaren, and Ann Tatlock. The redeeming story of God’s pursuing love is the foundation of her novels, and in them you will find inspiration, hope, and gentle stories that are intriguing and entertaining. Jo is a member of American Christian Fiction Writers and the Literary Hall of Fame at Lincoln Memorial University (TN). Learn more at www.johuddleston.com

Although engaged to be married for three months now, Rose Marie Henley had a lot more to learn about Walter Morgan.

Rose straightened her tiny kitchen after the celebration supper she’d prepared for Walter and joined him in the living room where he watched her black and white television. He always had the TV on or his handsome nose stuck in the pages of the newspaper or a magazine, claiming he had to keep up with the markets and business trends. She sat on the arm of his overstuffed chair, but he took no notice of her.

She admired his handsome face, the set of his strong jaw, and the full lips that kissed so well. Rose touched his shoulder and ran her fingers through his black hair. “Did you enjoy the meal?”

He finally focused his dark eyes on her but stole glances at the TV. “Sure.”

“You about ready to leave for the movie?” she asked.

“No, I’m not going. We can spend the evening here.”

“Well, my week teaching a classroom of junior high kids wasn’t exactly a picnic, but I’m not complaining. Come on, we don’t want to miss the beginning of the movie.”

He left his chair and faced her. “I said I’m not going!”

“But we’ve planned all week to see the movie. If you won’t go with me, I’ll go with Amy.”

“Your place is with me at the movie, but if you don’t go, then I’ll go with Amy.”

He started for the door. “Fine. I’ll pick you up for church in the morning.”

He slammed the door behind him.

What had gone wrong with the evening? What had caused this sudden turn-around in Walter? Considering she was not usually comfortable in the kitchen, the meal she prepared had turned out quite well. Tonight had been special with tablecloth and candlelight—she wanted to help him to celebrate his promotion at the bank. Afterward, she had turned off the kitchen light and joined him in her living room. Then his outburst and he’d left in a huff. She’d call Amy.

After the movie, Rose drove her new Buick she’d bought last winter to take Amy home. “Thanks for going with me tonight.”

“I’m glad you called. Tell me again why Walter didn’t want to go to the movie with you.”

Rose tried to gather her dark hair as it floated in the breeze coming through the open car windows. “He claimed he’d had a hard week at work and wanted to stay at my apartment this evening.”

“A hard week? What’s with that? We all work. Walter’s always been quite selfish.” She glanced at Rose, waiting for her reaction to her words about Walter. Rose had never realized how attractive she was, with her blemish-free complexion and just enough natural curl in her dark hair that she didn’t have to tame it or curl it. “You could have any guy you wanted—you put up with too much nonsense from Walter. This isn’t the first time he’s pulled something like this on you.”

“I know. It’ll be different after we’re married.”

“I certainly hope so.”

Rose slowed her car to a stop at the curb. “Thanks again for going with me.”

More petite than Rose, Amy bounced from the car and called back through the open window. “Anytime. See you at church in the morning.”

Rose drove to her small, furnished apartment. Walter had promised that when they married, they’d live in a much bigger place and he’d hire a housekeeper for her.

Inside, she’d barely had time to lay her purse on the coffee table, when someone knocked. She went to stand near the front door.

Rose pulled the door open. Walter stood there, his hair messy and a scowl on his face. “Did you forget something?” she asked.

He pushed her aside as he staggered inside, stood in the middle of the living room, and snarled at her. “Did you enjoy the movie?”

He stepped closer to Rose and grabbed her upper arm, his grip like a vise. “Amy and you. It’s always you and Amy. Is she taking my place with you?”

“Walter, that’s nonsense. You like Amy, she’s my best friend in the world.”

“That ring on your finger means you belong with me. You shouldn’t have replaced me with Amy tonight.”

The stench of alcohol on his breath shocked her.

Walter let out a string of swear words and slung her across the room. He approached her, stopped just inches away, and breathed hard. She cringed and recoiled from him. What did he expect her to do? With both hands, he shoved her backward. When she slammed against the wall, her entire body underwent a jolting sensation of dismemberment like a puppet with broken strings.

He snatched her upper arm again and whirled her around. When he let her go, she landed on her backside and slid across the tile floor into the coffee table, which slammed against the front of the sofa. The edge of the coffee table ground into her ribs. She had to get out of his reach, but he towered above her, standing between her and the door.

Will Rose find the solitude she seeks during her island summer or is solitude what she really wants?

A compelling story of one woman’s pursuit of restoration from physical abuse at the hands of her fiancé. Rose Marie Henley’s Great-Aunt Clara convinces Rose to spend the summer at her South Carolina beach house.

Aunt Clara’s handyman sends his nephew to repair Rose’s water heater. Last year Rose would have been excited to see his over-the-top handsome nephew, Frank Sutton. But now she doesn’t want any man in her life again.

Frank has an instant attraction to Rose. Can he break through her defenses? He’ll do anything to protect her, but will she open her heart to trust him?