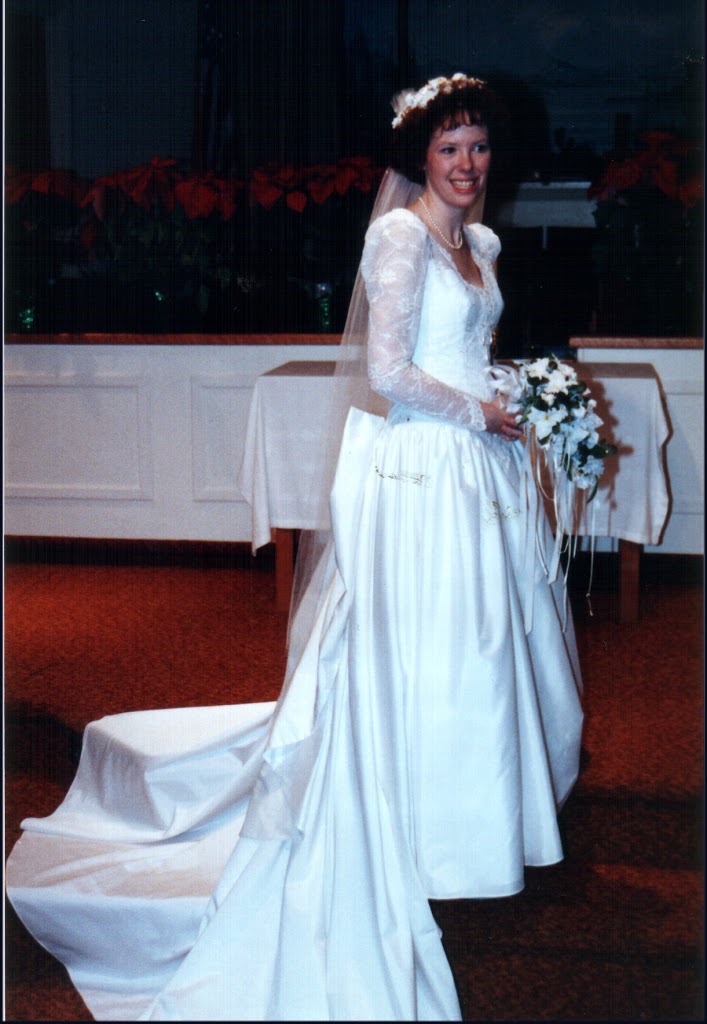 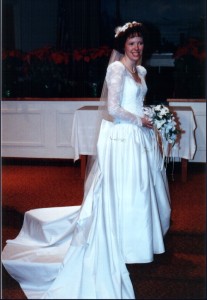 …I woke up single. I was young and in love. I think I slept pretty good…I don’t remember.  I do remember being up early. The wedding was scheduled to start at 2:00 pm. I wanted to go to the hairdresser beforehand, so I could have plenty of time to get to the church and make sure everything was ready.

We were doing this thing ourselves. No money for anything. I borrowed the dress – GASP. The church was predecorated with poinsettias. Family made and brought most of the food for the reception. We bought the flowers (fake), and the cake. We paid for the church, which is where I had been attending before we met. We paid for the organist, who played regularly at said church. It was all done on the CHEAP. I was working full-time as a secretary (administrative assistant) and he was going to school full-time and working part-time (and still making more money than me).

Anyway I went to the hairdresser and horror of horrors I let that lady talk me into a perm. How stupid! It turned out okay, but I don’t suggest EVER getting a perm the day of your wedding. 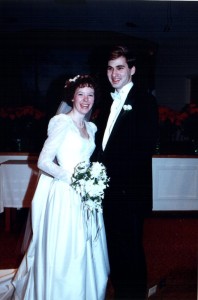 The day progressed. I don’t remember much really. I have pictures to remind me. 🙂

Things I do remember: 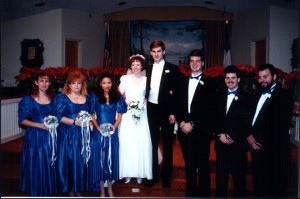 One thing that I didn’t realize: I rocked back and forth on my feet during the entire ceremony. I have it on video. It’s hilarious.

Here is a picture of our wedding party. From left to right: Jennifer, Brenda, Tammie, myself (obviously), Richard, Johnny, John and Robbie.

Oh, to be that skinny again.

If you’re married, what amusing thing do you remember from your wedding? If you’re single, share about someone else’s wedding (just don’t tell us their names, we want to protect their dignity…LOL).