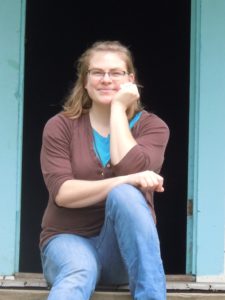 Sara L Foust writes Inspirational Romantic Suspense from a mini-farm in East Tennessee, where she lives with her husband and their five homeschooled children. She earned her Bachelor’s degree from the University of Tennessee and is a member of ACFW and Tennessee Mountain Writers. Callum’s Compass won second place in Deep River Books’ 2017 Writer’s Contest.  Sara also has a story, “Leap of Faith,” in Chicken Soup for the Soul: Step Outside Your Comfort Zone. Gain access to a FREE digital scrapbook detailing some real-life places from Callum’s Compass by signing up for her newsletter: www.saralfoust.com.

Other places to find Sarah:

I have done a couple interviews of my main heroine Kat, but I’ve been ignoring my poor hero Ryan. He’s really a unique fellow with a good sense of humor, but he has past secrets that have led to guilt and anger. It is by teaming up with Kat and helping her that he finally learns what he must do to let God heal him.

My fiancée, Ellie, was murdered a couple years ago because of my work. Ever since then I’ve found it harder and harder to control my temper. I never mean to snap, but it’s like this anger is bubbling under the surface. I’d love to be able to release that to God’s hands forever.

I hope you are able to do that. Do you like pets? If so, what kind?

I love my critters. I have two Labrador retrievers, Kiko and Kenzy, a horse named Dusty, and cows. My favorite cow, Maebell, is fixin’ to calve any day, and I can’t wait to meet her little one. Living on a farm is a part of who I am and I hope that never changes.

I love labs. And I’ve had horses. Mine were named Angel and Cocoa. We’ve raised steers, and we do name them, but generally in jest — like Sir Loin, or Bob (bunch of beef). Do you have a personal relationship with the Lord?

I do. I was raised in church and came to the Lord early on. It was the best thing that ever happened to me.

That’s awesome. Has it changed? Why?

My relationship with Him has changed a lot since Ellie died. It’s not so much that I blamed Him for her death, but I’m still blaming myself every day. That’s put a wedge between the Lord and me, but I know He is still there just waiting for me to accept His help. I kind of feel like He is calling me to a new purpose lately, but I need to pray more about it before I’m ready to share it with the world. And, maybe even before I’m ready to admit it to myself.

I get that completely. I’m in the same place at the moment. Thanks for sharing with us, Ryan. Can you tell us more about your story, Callum’s Compass?

Kat Williams’s brother died in a 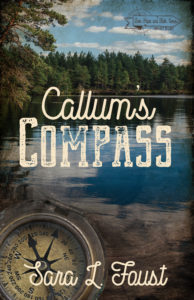 gruesome accident in the mountains of East Tennessee. She blames herself.

Ryan Jenkins’s fiancée was murdered. He couldn’t protect her.

With the death of her brother, Kat believes she is unworthy of love from anyone—even God. When a good friend elicits a promise that she will stop living in the past and then leaves her clues to a real-life treasure hunt, Kat embarks on an adventure chock-full of danger. To find the treasure, Kat will have to survive wild animals—and even wilder men. Can she rely on Ryan, the handsome wildlife officer assigned to protect her … without falling in love?

Ryan swore off love when his fiancée was murdered, but feelings long-buried rise to the surface around Kat. He volunteers to help with her treasure hunt, vowing to keep her safe. Together they venture deep into caves and tunnels … and even deeper into the depths of their unplumbed hearts.