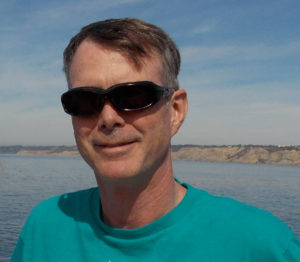 Glenn writes inspiring adventures with an edge. No matter how dark the day, finding hope to pursue the prize is the core of all his novels and studies. He is a member of ACFW (American Christian Fiction Writers), a graduate of Vision Loss Resources and Bethel Seminary, the father of six and grandfather of seven. Glenn likes tandem biking, kayaking, and daydreaming and lives in Minneapolis with his wife.

How many unpublished and half-finished books do you have?

This is embarrassing. I have one complete (to the first draft) fiction WIP (working title Imperishable), a speculative adventure in heaven. But as I contemplated the plot, I realized it is theologically problematic. I think I’d have to rewrite it as more of an allegory or fantasy to make it work.  Also, I have TWO non-fiction historicals which are essentially finished to the first draft. Each needs additional research and in one case interviews that would likely require some problematic travel. I am conflicted by these two as well and am looking for the Lord’s guidance for them J.

My current fiction WIP is about 1/3 complete (first draft), and my goal is to complete this book this year. It is book 4 in my Intense Series (working title Hyde) which follows the theme of the first three books and once again also serves as the name of the main antagonist. It is set in Florida where Tyler is vacationing with his cousins. Once again, they get caught up in a mysterious disappearance that has to do with modern-day pirates and treasure buried in plain sight. I’ve done some research on the Spanish gold fleet of Seventeen-fifteen and discovered some interesting possibilities.

Nothing embarrassing about having multiple WIPs. What do you like to read?

C.S. Lewis, J.R.R. Tolkien, and other epic fantasy writers with a Christian worldview on the one hand and John Grisham, Andrew Klavan, Eddie Jones and other mystery/action adventure writers are among my favorites. I think I have also read nearly every Western written by Louis L’Amour. I enjoy historical fiction, beginning with Bode Thoene to Francine Rivers and even the sometimes profane work of Bernard Cornwall. And I read non-fiction historicals, such as Forth to the Wilderness by Dale Van Every, nearly everything written by Stephen Ambrose and David McCullough and many more. But the most rewarding read and study for me is the Bible – by far.

The Bible is ALWAYS a good choice. Tell us about your latest book.

In Chase, Tyler, a middle school newbie, watches helplessly as his friend, Jake, descends into drugs. With the help of a couple of classmates and encouraged by the local police, Tyler begins shadowing drug runners to rat out the methamphetamine dealer before his friend turns into a brain dead druggie. But Tyler has underestimated the power and raw evil that is about to be unleashed against him. There are lots of twists and turns and character surprises as Tyler and his friends come face to face with organized evil. Faith and courage are tested to the max, and many lessons are learned regarding life and friendships.

Sounds intriguing. What inspired you to write this story?

I was mulling over the problem of drugs in middle and high school when, like most of my books and short stories, a scene appeared in my brain. A lowlife drug-dealer meets with one of his runners. The incident then turned into a scene which expanded into Chase, a full-length novel. I tried to put myself into the mindset of these characters, and the story took off from there. Interestingly, I ended up cutting that scene and reworking it into a different setting and another short story. But by then the bull was out of the pen as it were and the story had to be written!

More about Chase and a sneak peek: 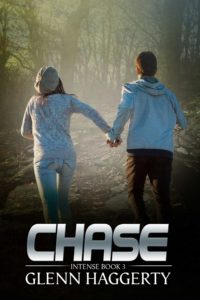 Drugs infiltrate Tyler Higgins’ middle school turning ordinary kids into brain dead druggies. When his friend is infected, Tyler decides to cut the small town drug flow by ratting out the dealer before it’s too late.

Shadowing drug runners is risky business. A bow hunter has already disappeared, and Tyler’s true adversary remains veiled. After his first spying mission misfires, Audrey, his classmate, volunteers to help, but Tyler can’t imagine where this mission will lead. Everything goes sideways, but he doggedly follows the twisting trails, risking his friendships and his own neck. In the end, he isn’t sure who he can trust or if he can rescue anyone—including himself.

Erick Donaldson crept from tree to tree scanning the hushed forest for his prey. Three-foot ferns screened the ground on either side of the path, but on the dirt trail ahead, cloven-hoofed prints pressed deep into the soft black soil.

He stooped. Fresh. His quarry was close.

A smile tugged at the corners of his mouth. He’d ditched algebra that morning, but Mom’s grounding would be worth it—especially if he had a new antler rack mounted to his wall.

Through a break in the tall trees, wisps of vapor rose from the valley below, and the domed roof of an old barn poked above the early fall greenery. Erick narrowed his eyes. He’d never seen buildings out here in the state park, but he’d never roamed this far north either. The dim trail twisted downhill and disappeared toward the barn. He touched the hunting license in the cargo pocket of his fatigues and stole after his game.

At the valley floor, he pushed through the brush line and stepped into the clearing.

Mist swirled against the barn and decay ate away the corners. Broken and missing boards lined the structure like unraveling bandages on a gigantic mummy. Elm saplings crowded the ruin. Just an abandoned barn. And yet . . .

The hair on the back of his neck prickled.

You can pick up your copy of Chase, Intense Book 3 here https://books2read.com/u/3yZOW6

And click here to get the first book in the Intense Series for FREE! http://www.glennhaggerty.com/my-books/escape/

Thanks for stopping by, Glenn.