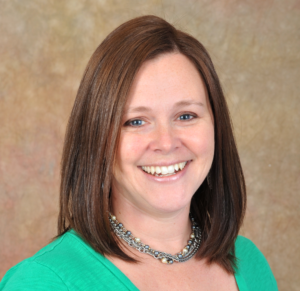 J.J. Nite lives in North Alabama with her husband, 3 kids, 2 dogs, and 4 goldfish. She writes young adult sweet romance for Clean Reads and loves reading as much as possible. J.J.’s also found that if she doesn’t write something every day, her mood is that of a bear waking from hibernation. Don’t worry though, the children have learned to let Mommy write a little before approaching.

An Excerpt from Veiled Angel

“Safta, can I ask you something?” I asked suddenly.

“The Timoreo, you told me they have a lot of different abilities. And you also told me they were created by God. So I guess I have two questions. If we’re created by God, but we aren’t immortal, what are we? And is one of the abilities something like animals like us or something?” I asked, sure she would burst out laughing at any moment.

“Well, as for abilities, I like to think we are a lot like humans. We all have areas where we excel, different things we are exceptionally good at. If you want a better answer than what I’ve given you, I’ll need some more information and I think you’re trying to get to something specific. You might as well just get it off your chest,” Safta said, looking at me with a question in her blue eyes.

“Fine. It’s the coyote. He keeps showing up when I’m walking in the woods and before you get mad at me for not telling you, he hasn’t done anything to indicate he wants to hurt me. He just hangs out with me,” I said.

Safta looked at me for a few minutes. I started to think she was trying to get her anger under control before speaking to me. Then she smiled.

“There are very few among us who have an affinity for wild animals. In time you might even be able to communicate with them. Usually the ones I’ve heard of have been with rabbits or birds, something a little tamer than a coyote. This might be a first, even. How many times have you encountered this coyote? Is it always the same one?” Safta asked.

“It’s been around me ever since the first time I told you about it. And yeah, it’s the same one. He even let me look and figure out he was a he today.” I smiled. “I named him Atlas.”

“That’s an interesting choice. Why Atlas?”

“I figured we’ve both probably traveled a little more than what would be considered normal for our species. He seemed to like it. There were a few names I promise you it looked like he rolled his eyes at me or even tried to laugh,” I told Safta.

“Remarkable. Have you ever been able to do this before?”

“I don’t really know,” I answered, trying to think back over my life. “There were a few times when I could get a stray dog to come to me when no one else could catch it. Nothing like a wild animal though.”

“On the contrary. A stray animal is very much like a wild animal. You’ve probably always had this gift, but your mother didn’t realize what was happening. It’s a very rare thing,” Safta said.

“Wow, so I’m like some kind of wild animal whisperer.”

“Okay. But what about my other question?” I pushed.

“It’s a little more complicated. I told you we mimic humans, but we aren’t mortal. We age much slower after we reach the age of eighteen. Until then, everything is the same as the humans around us. It’s one of the reasons we need to move frequently or stay out of the public eye. As for what we are, we’re angels.” 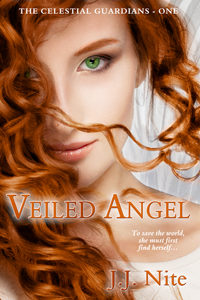 Seventeen year old Eden Malakim, Edie, thought her life couldn’t get any more complicated than it already was. She and her mother have moved so many times Edie has lost count. So when her mother insists they move again, Edie hopes it will be the last one.

Little does Edie know, this move will bring her face to face with not only a family she’s never met, but a future she didn’t know was possible. The stories of angels and demons from her childhood turn out to be all too real and Edie discovers she’s the answer to a prophecy as old as time.

Suddenly thrown into a world Edie didn’t know existed anywhere but in stories, she realizes everything is not always what it seems. Trying to determine what is real and where she fits in, becomes the least of her worries when someone begins attacking her. Will Edie discover her true purpose before it’s too late or will something more sinister win the day?

Personally, I love YA books, and this one looks very interesting.

Thanks for stopping by J.J.

2 thoughts on “An Excerpt from Veiled Angel by J.J. Nite”