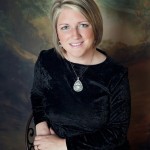 Today, we welcome Jo Grafford as she acquaints us with Christmas in Germany. 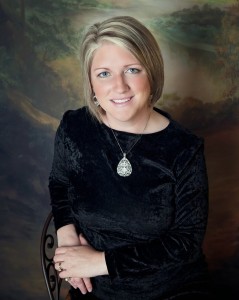 Jo Grafford is from St. Louis, Missouri. An award-winning author at Astraea Press, Jo writes historical fiction to spotlight unsung heroes and unsolved mysteries. She published her first poem in junior high, edited her high school newspaper while typesetting for a local news journal, and has been writing ever since.  She holds an M.B.A. and has served as a banker, a junior college finance instructor, and a high school business teacher. She is a PRO member of Romance Writers of America and From the Heart Romance Writers RWA Chapter.  The mother of three children and the wife of a soldier, she serves as a literacy volunteer for elementary school students.
A Taste of Bavarian Christmas
By Jo Grafford
When my family and I first arrived to Germany last summer – compliments of U.S. Army Europe – our new friends and neighbors were already anticipating the upcoming holiday season in Bavaria. World famous Christmas markets opened their doors at the end of November and began displaying their spectacular arrays of gifts, foods, and games. Our kiddos picked up quite a cultural education as we browsed over tables of Nutcracker smoker figurines, windmill Pyramids, hand-crafted and repurposed wine barrel furniture, Polish pottery, and – our most favorite display – the Black Forest cuckoo clocks. 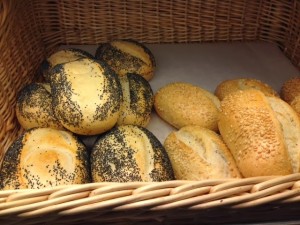 Mmm… We are still new to the area, but already I’m convinced there’s nothing that can warm you better on a frosty afternoon of Christmas shopping than a grilled sausage served steaming hot on a Brötchen (German for “little bread”). Unlike my favorite puffy yeast dinner rolls served back home in the States, the Brötchen are known for their crispy firm outer crusts. Afterwards, my family likes to polish off our lunch with Nutella crepes for dessert, poured out by local chefs on wide stainless steel grills and made to order on the spot. Also a big favorite is a German donut called a Kirchweihnudel, which I think tastes like a variation of the American funnel cake – topped with powdered sugar, of course! Another tasty option is the display of hard-baked gingerbread cookies hanging by ribbons from kiosk awnings. You can purchase them in all shapes and sizes, to include gingerbread houses this time of year, and add customized words in icing. 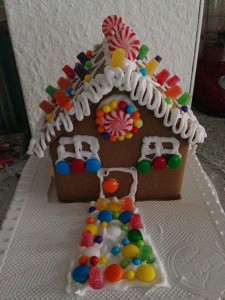 Not just at Christmas time, but all year long, there’s a German Bäckerei (bakery) on nearly every corner. Purchasing loaves of sandwich bread to consume throughout the week is a very American practice. The Germans prefer to walk or bike daily to their favorite Bäckerei to purchase fresh Brötchen, pastries, and soft pretzels. Trust me, the winter season does not slow the traffic to the bakeries one bit. The owners just add cookie wreaths to their windows and a cinnamon stick to your mug of hot cider when you pay them a visit.
I would be completely remiss if I failed to give a shout out to the amazing chocolate sold in Bavaria, particularly at Christmastime. My youngest child is an enormous fan of the wildly popular Kinder Eggs. Not only do most kiddos love the chocolate outer shell, but they go completely nutso over the toy hidden inside once they break open the egg. 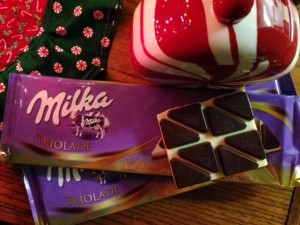 Ritter bars are also the rave over here – with peppermint serving as a fun holiday flavor. I like them – no complaints – but the chocolate that completely holds my taste buds captive is the Triolade bar made my Milka. Picture this: a dark chocolate bottom layer, a smooth white chocolate middle layer, topped with creamy milk chocolate triangles. Sigh… The bar breaks off in triply stacked triangles and ushers in a whole new dimension of holiday festivities in your mouth!
Okay, I’ve shared several of mine from Bavaria. What is your favorite taste at Christmastime?
Back Cover:

A cursed island, a chilling conspiracy, and an unforgettable love story. The 115 colonists on Roanoke Island couldn’t GPS, skype or twitter their ultimate destination back to their families and friends in 16th Century England. But modern laser technology has finally uncovered a clue – hidden beneath a patch on an ancient map at the British museum – that leads us to their whereabouts. Considered “lost” for centuries, these brave pioneers finally reveal the rest of their story in…THE LOST COLONY SERIES.
Rose Payne’s world is shattered after a secret betrothal to the duke’s son gets her dismissed from her position as clerk in his father’s household. Without a letter of recommendation from her previous employer, Rose is virtually unhireable and becomes an easy target for recruiters to the Colonies. Desperate for work, she signs up for a risky overseas venture and sails for the New World, hoping for a fresh start and vowing to never again fall for a wealthy, titled gentleman.
Returning from a diplomatic tour in London, Chief Manteo is bewitched by the fiery-haired ship’s clerk and determined to overcome her distrust. He contrives a daring plan to win her heart – one that forces her, honor bound, to serve as a slave to his tribe – a plan he prays will protect her from a chilling conspiracy involving murder, blood money, and a betrayal of their fledgling colony so terrifying it can only be revealed in Breaking Ties.
Breaking Ties can be found at:
Amazon
Barnesand Noble
Smashwords
iBooks
Astraea Press
Jo can be found at the following places on the Web:
Website
Facebook
Twitter: @jografford
Goodreads
Google+:
YouTube book trailer

Thanks for joining us today, Jo.