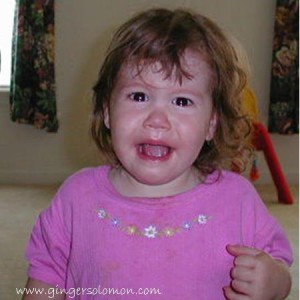 It’s a sad day in Alabama. It’s all over the newspapers here, though I don’t know if you’ve heard about it if you don’t live here.

Today, February 9, 2015, gay marriages will be legal in Alabama. Not because the people voted for it to be so. In fact, it is against the wishes of the majority of the people in Alabama. Eight-one percent of voters voted in 2006 to ban same-sex marriage and make it a part of the Alabama constitution.

I won’t get into the political ramifications of this act. I’m simply going to tell you how I see it. You may label me how you wish–intolerant, radical, a bigot–I don’t care. I answer to a higher power, and HE defined marriage long ago(Gen 2:24).

I try to love people–all people, no matter their sin.

God does love all people, no matter their sin. Otherwise, we’d all be lost. Romans 5:8 – But God showed his great love for us by sending Christ to die for us while we were still sinners.

And yes, I see homosexuality as sin. It is against God’s law. It’s against the natural order of things. If we were meant to be with someone of the same sex, then we would be capable of reproducing that way. But it takes the contribution of a man and a woman to produce a baby. There is no other way to naturally produce a child. That in and of itself should end the discussion. God designed us to reproduce after our own kind. He made man and woman in His image and told them to go be fruitful and multiply(Gen. 1:27-28).

To show you I’m not just making stuff up…

Leviticus 18:22 – Do not practice homosexuality, having sex with another man as with a woman. It is a detestable sin.
And lest you think it’s only in the Old Testament:

1 Corinthians 6:9-10 – Don’t you realize that those who do wrong will not inherit the Kingdom of God? Don’t fool yourselves. Those who indulge in sexual sin, or who worship idols, or commit adultery, or are male prostitutes, or practice homosexuality,10 or are thieves, or greedy people, or drunkards, or are abusive, or cheat people—none of these will inherit the Kingdom of God.

Now let’s look at a story about Sodom. You can read it for yourself in Gen. 19 as I will only be sharing a few of the verses.

1 That evening the two angels came to the entrance of the city of Sodom. Lot was sitting there, and when he saw them, he stood up to meet them. Then he welcomed them and bowed with his face to the ground. 2 “My lords,” he said, “come to my home to wash your feet, and be my guests for the night. You may then get up early in the morning and be on your way again.”

“Oh no,” they replied. “We’ll just spend the night out here in the city square.”

3 But Lot insisted, so at last they went home with him. Lot prepared a feast for them, complete with fresh bread made without yeast, and they ate. 4 But before they retired for the night, all the men of Sodom, young and old, came from all over the city and surrounded the house. 5 They shouted to Lot, “Where are the men who came to spend the night with you? Bring them out to us so we can have sex with them!”

And what God did:

24 Then the Lord rained down fire and burning sulfur from the sky on Sodom and Gomorrah. 25 He utterly destroyed them, along with the other cities and villages of the plain, wiping out all the people and every bit of vegetation.

That’s what happened to them, but what about the future?

The book of Revelation says a lot about what will happen. Some of it is confusing, but the end of chapter 20 is not.

11 And I saw a great white throne and the one sitting on it. The earth and sky fled from his presence, but they found no place to hide. 12 I saw the dead, both great and small, standing before God’s throne. And the books were opened, including the Book of Life. And the dead were judged according to what they had done, as recorded in the books. 13 The sea gave up its dead, and death and the grave gave up their dead. And all were judged according to their deeds.14 Then death and the grave were thrown into the lake of fire. This lake of fire is the second death. 15 And anyone whose name was not found recorded in the Book of Life was thrown into the lake of fire.

Okay…let’s move back to why it’s a sad day in Alabama today. I believe God looks down from Heaven on us (not just in my state, but elsewhere as well) in a similar fashion as to how Jesus looked over Jerusalem on His last trip there. Matthew 23:37 – O Jerusalem, Jerusalem, the city that kills the prophets and stones God’s messengers! How often I have wanted to gather your children together as a hen protects her chicks beneath her wings, but you wouldn’t let me.

We push God from our lives with the sins we commit (not just homosexuality), and then wonder why He no longer hears our prayers. God’s Word is full of things that we can be and do, and I listed a lot of them in December with my series Who Am I?, but all of them come with condition. First and foremost, we must be a Christian, a born-again child of God. Secondly, we have to be living by His rules. What caring parent gives a child everything he wants, even when he blatantly disregards the rules of the house? Not this one, and not many others that I know, and definitely not God. Why then do we believe God should supply all of our needs when we are not seeking Him first (Matt. 6:33)?

I could go on, but I won’t. The ruling here in Alabama (and in other states) breaks my heart. I pray it breaks yours, too. Pray for our nation.

All verses are from the New Living Translation via Biblegateway.com.