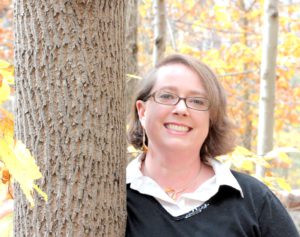 I live in a house divided. Every year, the day after Thanksgiving, my husband and I start pulling out the Christmas decorations. And every year, we have a…let’s go with vigorous discussion…about how all-white Christmas lights are better than the multi-colored ones (or, if you’re arguing from his point of view, how the multi-colored ones are the only kind that are actually Christmasy.)

It’s possible we’re both right. After all, I don’t suppose all white lights are cheerful, but they are peaceful. And he would never claim that riot of color as peaceful…but it does make him smile.

Last year we ended up needing a new tree (we’re fake tree people. At least we agree on that!) and we found one that has a switch that allows it to alternate between all white or multi-color! And then my eldest son discovered the setting that has it blinking between the two every thirty seconds or so, and hubby and I found something we agree on: it has to be one or the other, the blinking thing is for the birds.

Even though we discuss the colors, hubby and I do both also agree that there need to be lights, and lots of them. It takes two full days to get everything set up the way we like it. But my favorite part – and I think he’d agree that it’s his, too – is the large Nativity that takes center stage on the front lawn. We get a lot of compliments from neighbors on it, even though it’s a simple affair lit by a spotlight. It’s our way of reminding ourselves, and others, that no matter what else is going on, Christmas needs to center on Jesus.

The hero of Operation Mistletoe, Gabe Robertson falls firmly into my husband’s camp. And he loves Christmas lights so much, he sets up a display on the entirety of his property and opens it to the public for the season. He uses it as a way to reach out to the community and share the good news of Jesus’ birth. Victoria Spencer hates Christmas. And she’s pretty upset that she got assigned a light display by her editor at the newspaper. Is it any wonder they clash?

What about you? Do you like white lights or multi-colored? 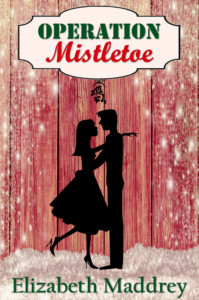 For the last ten years, disaster has struck on Christmas Eve, leaving Tori dreading the holidays. When she’s assigned to cover the light displays for her newspaper, she’s determined to spend as little time on the article as possible. Especially once she realizes she’s to feature frat boy Gabe “The Babe” Robertson, her former college crush.

Gabe Robertson is a different man than he was in college. Every December, he transforms his acreage into a winter wonderland designed to celebrate the birth of Christ and share God’s love with the community. He also uses the lights to raise money for Operation Mistletoe, an organization that sends Christmas to troops stationed overseas.

Unable to set aside her prejudice, Tori looks for ulterior motives in Gabe’s actions and determines to dig deeper. Will her investigations destroy any chance of a Merry Christmas?

Operation Mistletoe is free for Kindle through July 22nd. Happy Christmas in July!

Where to find Elizabeth:

I’ll start by answering Elizabeth’s question… I like both, but I have all white lights on my tree (also fake).

15 thoughts on “A House Divided: White vs Multi-Colored Christmas Lights by Elizabeth Maddrey”