Today I am pleased to welcome Lillian Duncan. I have read a number of Lillian’s books, though sadly not Deadly Communications (yet). 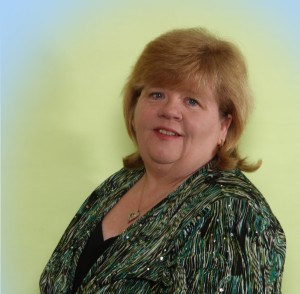 Lillian is a multi-published author who lives in the middle of Ohio Amish country with her husband, two parrots, one Jack Russell, and a Cavalier King Charles Spaniel she’s thinking of renaming Clifford since he keeps growing and growing and….

As a speech pathologist in the public schools for over thirty years, she worked with students of all ages with a wide variety of conditions, but especially with deaf and hard-of-hearing children. Whether as an educator, a writer, or a speech pathologist, she believes in the power of words to transform lives. especially God’s Word.

Lillian writes the types of books she loves to read—fast-paced mystery and suspense with a touch of romance that demonstrates God’s love for all of us. To learn more about Lillian and her books, you may visit her at www.lillianduncan.net or www.lillian-duncan.com. She also has a devotional blog at www.PowerUpWithGod.com.

What To Do When Real Life Crashes Into Your Fictional World?

I hadn’t planned on writing a story, let alone a series featuring a crime-fighting speech-language pathologist (better known as an SLP), but three things happened within a few days of each other to inspire DEADLY COMMUNICATIONS.

First, my brother asked why I didn’t write a story featuring a speech-language pathologist, my “day job” for more than thirty years. To which my answer was it would be difficult to come up with a suspense story with an SLP as the main character. After all, I know how boring my life is! I couldn’t even imagine how an SLP could get involved in a mystery.

Secondly, a few days later I was talking with someone whose daughter had been involved in a serious car accident and was now experiencing communication difficulties. He was telling me some of her specific issues. As an SLP, I could see how difficult that would be for her and her family.

Thirdly, as writers are prone to do, I was sitting daydreaming and had a vision of a young woman running through the woods and into ongoing traffic. The whole story came together in one sudden flash.

That’s all it took! My writer mind took over from there and DEADLY COMMUNICATIONS was born.

I thought it would be difficult to create a character who was so similar to myself. In fact, a lot of “writing experts” warn against it. But I thought it was fun. Not only is Maven an SLP, but she also developed Bell’s palsy just as I did. But other than those two things, we aren’t alike at all.

Of course, other people may disagree after reading the story, but I’m standing by it.

Along with DEADLY COMMUNICATIONS, I’ve written two other novellas featuring Maven, the crime-fighting SLP. All three stories practically wrote themselves. Who knows? Maven may have more escapades up her sleeves in the future!

So what’s the answer to the question, what to do when real life crashes into your fictional world? The answer is to write the story, of course! 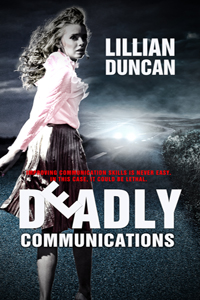 Improving communication skills is never easy. In this case, it could be murder!

Maven Morris is a speech-language pathologist on medical leave–or as she likes to put it: out to pasture.

When she’s offered a lucrative position by one of the community’s most powerful men to help his traumatic-brain-injured daughter improve her communication skills, Maven discovers deadly secrets behind the iron gates of the mansion.

Now, she must find the courage to seek justice no matter who gets hurt–even if it’s her!

Deadly Communications is available at Amazon
and other fine retailers.