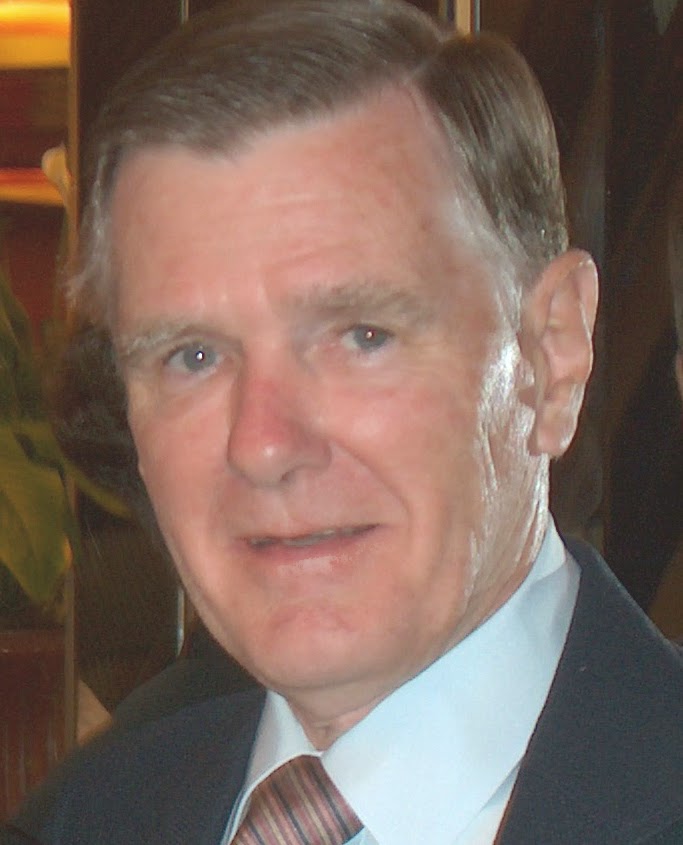 James R. Callan is my guest today. Please help me welcome him to A Bed of Roses…Thorns Included.

After a successful career in mathematics and computer science, receiving grants from the National Science Foundation and NASA, and being listed in Who’s Who in Computer Science and Two Thousand Notable Americans, James R. Callan turned to his first love—writing.  He wrote a monthly column for a national magazine for two years, and published four non-fiction books.  He now concentrates on his favorite genre, mysteries, with his sixth book releasing in Spring, 2014.
You can find James on the web:
Website: www.jamesrcallan.com
Blog: www.jamesrcallan.com/blog
Amazon Author page: http://amzn.to/1eeykvG
Twitter: @jamesrcallan
The Story Behind A Ton of Gold
By James Callan
For several years, I had wanted to write a book where the protagonist was a researcher in computer science, particularly information retrieval.  I had done some research in this area when working on a Ph.D. in mathematics many, many years ago.  Also, I had a son who was a professor of computer science at Carnegie Melon University.  A couple of ideas had formed, but none jumped up and said, “Write me.”
One night, a couple of years ago, I wanted something short and light to read before turning out the light and going to sleep. I grabbed a collection of old Texas folk tales, flipped through and selected one at random. Of course, it was interesting. Folk tales usually are. It told of a wagon load of precious metal being pushed into a lake to hide it from the pursuing Mexican Army. There was no mention of it ever being recovered.
This one played around in my mind and even as I went to sleep, it stayed with me.  In the morning, I thought about it and dismissed it for what it was: a folk tale.
Over the next month, it kept coming back to me. And each time, I would remind myself it was a 178 year-old story and had no relevance today. But all parts of the mind do not always agree.  And one part of my brain started asking the question: how could such an old story affect the lives of people today?
The two ideas of information retrieval and the old folk tale kept popping up in my mind and slowly began to weave around one another. Before long, the skeleton of a plot took shape, and I was ready to begin.
As I wrote, interesting characters presented themselves and demanded to be included in the story. Of course, I said yes, come right in and add your own flavor to this book. And in developing the back story for the protagonist, a very interesting subplot arose.
The end result was the 94,000 word mystery/suspense novel A Ton of Gold.  The protagonist, Crystal Moore, is a researcher in information retrieval. The old folk tale comes to the attention of some greedy and not too bright thugs.  This eventually leads to murder, arson and kidnapping.  And in the midst of this, the man who almost destroyed Crystal emotionally is coming back.  This time, he can ruin her career.
Crystal will need all the help she can get from a former bull rider, a street-wise friend, and Crystal’s feisty, seventy-five year-old grandmother.
Set between Dallas and the piney woods of east Texas, A Ton of Gold answers the question can old folk tales affecting people today. And the answer is a resounding YES.  They certainly can.  Just ask Crystal Moore. 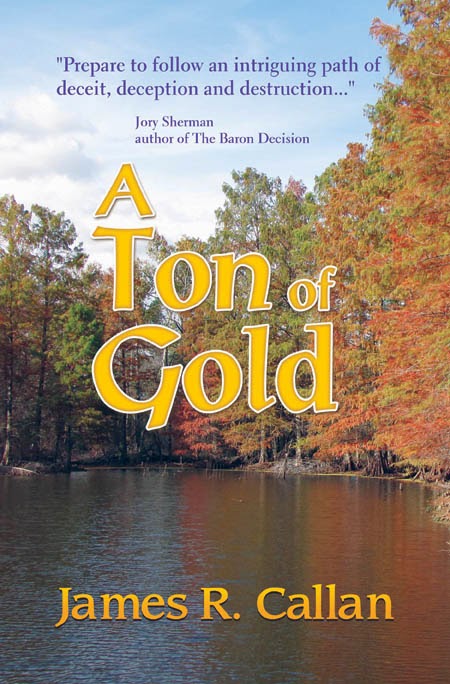 More about A Ton of Gold (a contemporary suspense novel):
Can long forgotten, old folk tales affect the lives of people today? In A Ton of Gold, one certainly affected young, brilliant Crystal Moore.  Two people are killed, others threatened, a house burned and an office fire-bombed – all because of an old folk tale, greed and ignorance.
On top of that, the man who nearly destroyed Crystal emotionally is coming back.  This time he can put an end to her career.  She’ll need all the help she can get from a former bull rider, her streetwise housemate and her feisty 76 year-old grandmother.
A Ton of Gold is available in paper and digital editions at Amazon and Barnes & Noble.
Amazon, paperback http://amzn.to/UQrqsZ
Amazon, Kindle http://amzn.to/12PeHJb
Barnes & Noble Nook http://bit.ly/1kM7p1M
Another of James’ books, Character: The Heartbeat of the Novel, can be found here: http://amzn.to/13ADvF3
Thanks for joining us today, James, and telling us about why you wrote A Ton of Gold.
I’m not a prolific folk-tale reader, so tell me, my wonderful readers, what other folk-tales do you know that spark the imagination?
Blessings,
Ginger