Please help me welcome Dianna T. Benson to A Bed of Roses…Thorns Included. 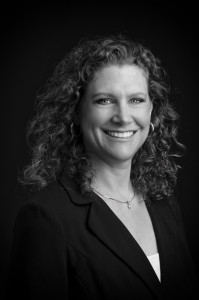 Dianna Torscher Benson is a 2014 Selah Award Winner, a 2011 Genesis Winner, a 2011 Genesis double Semi-Finalist, a 2010 Daphne de Maurier Finalist, and a 2007 Golden Palm Finalist. In 2012, she signed a nine-book contract with Ellechor Publishing House. She’s the author of The Hidden Son, her debut novel. Final Trimester is her second release.
After majoring in communications and a ten-year career as a travel agent, Dianna left the travel industry to earn her EMS degree. An EMT and a Haz-Mat and FEMA Operative since 2005, she loves the adrenaline rush of responding to medical emergencies and helping people in need.
Dianna lives in North Carolina with her husband and their three children.
Website: www.diannatbenson.com

In Honor of EMS Personnel

In Final Trimester the main character, Paramedic Jodi Duncan, is not based on a real person. She’s simply fictional, but she’s also a mix of real-life character traits I’ve found in the numerous EMS partners I’ve worked with throughout the years. I’ve never worked in EMS full time; it’s always been a part time career for me (too intense for full time work). My respect and gratitude for full time paramedics, EMTs, firefighters and all law enforcement is so high I dedicate this book to honor their devotion to helping others in need. They risk their life, health and limbs on a regular basis and for low wages. Being an author of fiction, I can say I wish entertainers (writers, actors, musicians, athletes, etc.) could somehow pass along the praise and income we receive to those who truly deserve it—our men and women who fight on behalf of the public when help is desperately needed. Like a braid, three entities work emergency scenes together: EMS, the fire department, and various law enforcement agencies. I hope Final Trimester depicts EMS in a way that encourages readers to deeply value the emergency medical system and the intensity and depth of the job.

In movies and books, cardiac arrest scenes are often shown as someone places their fingers on the unconscious person’s neck for a second or two and then says something to the effect of the person is dead. Reality is: When someone finds an unresponsive person, they call 911, and if they have some medical training, they also initiate chest compressions and rescue breathing. Once EMS arrives on scene, unless we find the body fits the criteria to withhold resuscitation, we work a cardiac arrest for up to forty-five minutes with defibrillation, several rounds of eight different medications via IV and IO (intraosseous), cold fluids, etc. There is nothing a hospital can do that EMS can’t, so we work cardiac arrests on scene until there’s clearly no hope of resuscitation. The opening scene in Final Trimester shows the real-life manner EMS works a cardiac arrest.

One cardiac arrest I worked, I had the strong sensation (for lack of a better term) of the patient’s soul eyeing me and speaking: “Please stop. Tell everyone to please let me go.” Often times I wonder if we shouldn’t attempt resuscitation; it feels like we’re playing God—who are we humans to reverse death? With some patients, regardless of age, even if we can resuscitate, maybe we shouldn’t because their quality of life will be next to nothing due to various reasons (coma, severely brain damaged, paralysis to the worst degree, etc.).

Every day around the globe, EMS personnel work under extreme circumstances, making decisions and giving it their all for a stranger’s life. On scene, sometimes bullets are flying, bystanders attack us, the patient becomes combative, and the environment itself is dangerous. So for full time EMS crews, I dedicate Final Trimester in honor of them and all the hours of devotion and care they graciously give to the public.

Now more about Final Trimester, Book One in the Quigley Triplets Series 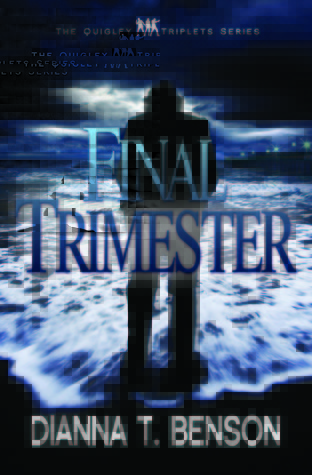 Paramedic Jodi Duncan recognizes the work of a serial killer before the Myrtle Beach PD even suspects a connection between the deaths of two pregnant women. Despite the vast differences in the two cases, Jodi urges Detective Nate Quigley to think outside the box. After digging deep into the separate investigations, Nate finds no evidence to support a serial killer theory, and he warns Jodi to back off police business, which only fuels her passion for the cases.

When a third pregnant woman is murdered, Nate is named lead detective on the case and works to link the deaths in order to unmask and stop the serial murderer, a disturbed man who believes God and the devil battle inside his head to bend him according to their wills. As he fights both voices, his interest fixates on Jodi when he discovers her obsession with ending his rampage.

Thank you for this post, Dianna, and for your service. I have never needed EMS personnel myself, but I am thankful they are available and well-trained if I ever do.

If you are a first responder, like Dianna–EMS, EMT, firefighter, or other law enforcement, I want to take a moment to thank you for your service. If you’re not, but know one, make sure to thank them today.

Dianna’s releases are available wherever books are sold. Below are the links to Final Trimester at the three largest booksellers: