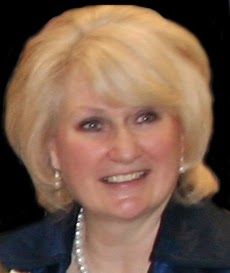 Today on Writer Wednesday, help me welcome Christine Lindsay to A Bed of Roses…Thorns Included.

Christine Lindsay was born in Ireland, and is proud of the fact that she was once patted on the head by Prince Philip when she was a baby. Her great grandfather, and her grandfather—yes father and son—were both riveters on the building of the Titanic. Tongue in cheek, Christine states that as a family they accept no responsibility for the sinking of that great ship.

It was stories of her ancestors who served in the British Cavalry in Colonial India that inspired her Multi-award-winning, historical series Twilight of the British Raj. Book 1 Shadowed in Silk, Book 2 Captured by Moonlight, and Christine is currently writing the final installment of that series called Veiled at Midnight to be released August 2014.

Aside from being a busy writer and speaker, Christine is also VP of Christian Authors’ Network. She makes her home in British Columbia, on the west coast of Canada with her husband and their grown up family. Her cat Scottie is chief editor on all Christine’s books.

THE SETTING CALLS TO MY SOUL
By Christine Lindsay
When I saw the submission call from Pelican Books for their new Passport to Romance line, I jumped at the chance.

One of the cities in their list of proposed stories was Londonderry, N. Ireland, not far from where I was born in Belfast. Even though I am mainly a historical writer, I really, really wanted to write this contemporary romance.
The setting just reached out and grabbed me. I’d been to Londonderry, you see. I’ve been ‘back home’ to N. Ireland a few times, the last time was 2006. This was my opportunity to show my grown daughter, Lana, the beautiful emerald isle where I was born…where her ancestors came from.
The rolling hills around Londonderry lead south to County Tyrone where my mother’s people come from. In fact a few of the family farms still exist there. It was my Aunt Maggie’s charming farm and farmhouse that inspired so much of the setting for LONDONDERRY DREAMING.

My aunt had a two-story house, the outside of warm, crushed gray stone. The main parlor was downstairs, and the sitting room just off the working kitchen, what they call the scullery. I remember the large Aga stove that sat in the sitting room, not the same as the new cooker in the scullery. The Aga was kept for warmth, and as a reminder of the past. Up a steep set of stairs you find three bedrooms under slanted eaves. Again, each room decorated with bureaus and wash stands from decades gone by.
Pale mint green walls were enhanced by lace curtains fluttering in a warm summer breeze.
Back downstairs, you step out of the scullery to the cobblestone courtyard leading to the barns. Each morning you’ll be greeting by the chickens, a rooster, and an assortment of barn cats. My Aunt Maggie (who was my grandmother’s sister) would give the cats the left-over morning porridge.

Leaving the house by the front door brought you to the large garden. A little farther on will be the narrow lane. I most often visited my birthplace in the summer, so my memories of the lane are of it filled with wild rose thickets and meadow sweet and other wild flowers. And the rolling green hills beyond are dotted by the new lambs. A fresh stream gives water to the sheep and the cows.

These are just a few of the memories that go into my contemporary romance LONDONDERRY DREAMING.
About the book: 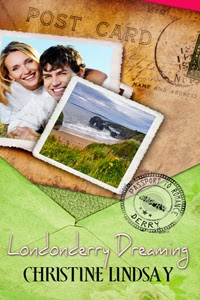 Acclaimed New York artist, Naomi Boyd, and music therapist, Keith Wilson, loved one another five years ago, until her grandfather with his influence over Naomi separated them.

That root of bitterness keeps them apart until a letter from Keith’s grandmother, Ruth, draws Naomi to Londonderry to find she’s too late. Ruth has passed on. After the death of his beloved grandmother, Keith has also come to Londonderry only to open the door to his past…Naomi…beautiful as ever, the girl who broke his heart.

A mysterious painting in Ruth’s attic brings up questions about their grandparents’ entwined past and their own broken romance. But more comfortable with the unspoken languages of art and music, Naomi and Keith find it difficult to share their old hurts and true feelings.

Will the majestic coastline of Northern Ireland inspire them to speak the words to bring peace to their grandparents’ memory and to rekindle love?

For an enchanting jaunt to the Emerald Isle view this minute long book trailer to Londonderry Dreaming.

My review:
Give me an inspirational romance to read and I’m all for it. Set it on the Emerald Isle and I fall in love, too. I thoroughly enjoyed Londonderry Dreaming. When I had to step away, I looked forward to the next moment I would have free to come back and read Keith and Naomi’s story and “see” parts of Ireland. The book also reminds us that communication in any relationship is of the utmost importance.

CONNECT WITH CHRISTINE:
Please drop by Christine’s website http://www.christinelindsay.com/ or follow her on Twitter and be her friend on Pinterest , Facebook  and  Goodreads
WHERE YOU CAN PURCHASE LONDONDERRY DREAMING:
Amazon
Barnes & Noble
Pelican Book Group
ChristianBooks.com
And many more places.
Question: If you could travel anywhere that you’ve read about, where would you go?
Blessings,
Ginger