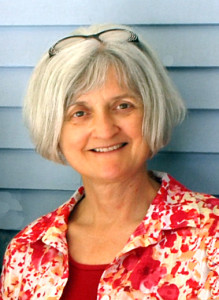 Heroines that Dare to Bloom parallels Gail’s long journey to blooming as a writer. She taught college expository writing and facilitates writing workshops and women’s retreats.

WhiteFire Publishing released her memoir, Catching Up With Daylight in 2013, and her debut women’s historical fiction, In This Together (Wild Rose Press/Vintage Imprint) released in November 2015. She also contributed to the Little Cab Press 2015 Christmas Anthology https://www.facebook.com/LittleCABpress

Please feel free to contact Gail—meeting new reading friends is the meringue on her pie, as Dottie would say!

Weather has a significant effect on mood and attitude. A 2008 study conducted by Jaap Denissen revealed that with less sunlight, people become more susceptible to depression-like symptoms.

Wintry days increase fatigue, and draw us to higher carbohydrate foods. Psychologists study many other parallels, from joint pain to erratic thinking.

The heroine of my debut novel, Dottie Kyle, recognized some of this back in 1946. Americans had just emerged from a great world war—wives readjusted to returned soldiers, or to the loss of loved ones. The war also sent many young people to the coasts or industrial centers.

The Midwest exported thousands of workers to California, for example. Dottie’s little Iowa town forfeited two of them, Dottie’s daughter Cora and her friend. Of course, Cora fell in love with a sailor and settled in southern California.

Dottie’s dying to see Cora’s two little ones, but thinking about boarding a train affects Dottie’s psyche more than the cold, dank weather. She simply can’t force herself to make the move, even though her job at Helen’s boarding house increases the pain in her bum knee, as does the petulant winter climate.

But Dottie does find satisfaction in providing tasty, high-carb meals for Helene’s boarders—nothing like meat, gravy and potatoes to put a smile on a lonely man’s face.

However, sorrow’s drumbeat thrums through Dottie at the loss of her only son during the war, and her husband soon after. Stuck in grief, Dottie’s all alone. But she’s a make-do woman who does her best under the circumstances, pretty sure she’ll continue like this until she’s no longer able to work.

Little does she know her widower neighbor Al observes her trek to and from work, notices her drag her feet in the evenings, and wracks his brain to think how he might win such a strong, self-possessed woman. When his wife Nan died three years ago, Dottie stopped coming over for tea, of course.

What Al wouldn’t give to find a way to win Dottie’s heart. We meet him and Dottie in late fall, working out in their respective back gardens. Al knows he could be a big help to her over there, but hesitates to offer.

Then an idea comes to him. Maybe she’d like to go fishing.

Dottie’s not one to be cajoled or wooed—will she reject his idea flat-out? But Al has bided his time for months, watching for an opportunity—what does he have to lose?

When Dottie agrees to go, he’s beside himself, and hopes they catch something. Then he can invite her over for supper—maybe she’ll favor him with another “yes.” If she does, prospects for the long winter ahead will brighten in a flash, and no blizzard blowing in from North Dakota will have the power to dampen Al’s spirits.

More about In This Together: 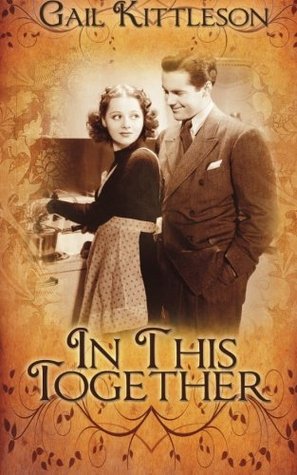 After losing her only son to World War II and her husband soon after, Dottie Kyle takes a job at a local boarding house. Her daughter Cora moved to California straight out of high school to work for the war effort, married a sailor and settled down in the Golden State—another loss.

Dottie contributes to her rural Iowa post-war world by cooking and cleaning, volunteering at her church, and tending her garden. But when troubles arise in Cora’s third pregnancy, Dottie longs to help Cora and meet those two grandbabies out in California. However, old fears prohibit her from making that arduous, cross-country train journey.

At the boarding house, complications arise that force Dottie to speak up for what’s right, and as her confidence grows, so does the unexpected interest of the widower next door. Nary a reason to blush here, but plenty of opportunity to cheer Dottie on to victory!

Do you have a fear that has kept you from doing something you really wanted to do? Or are you affected by the “winter blues” like I am?