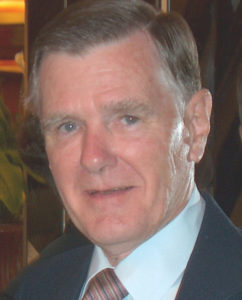 After a successful career in mathematics and computer science, receiving grants from the National Science Foundation and NASA, and being listed in Who’s Who in Computer Science and Two Thousand Notable Americans, James R. Callan turned to his first love—writing.  He has had four non-fiction books published.  He now concentrates on his favorite genre, mystery/suspense.  His eleventh book is scheduled to release in June, 2016.

Why Would She Do It?

In The Silver Medallion, Crystal Moore, a quiet young woman who is not an adventure seeker, decides to go into the jungles of Mexico and try to rescue two young girls being held hostage by a ruthless man.

A question that I am frequently asked is, Why would she do that? It is dangerous.  She is going up against a powerful and ruthless man.  She is doing this in a country not her own.  This is not logical.

The first thing to remember is this is not about logic.  It is not about brain power or education.  And with Crystal, it is not about seeking adventure.  This is about emotions, feelings, basic tenets a person holds.  A mother, Lucita, is held a virtual slave, not with chains, but with threats to kill her two young daughters held hostage in Mexico if she escapes or even tells anybody about her situation.

In Crystal’s case, there is a back story that holds part of the key to her action.  Her parents were killed in an auto accident when she was seven years old.  Her loving grandparents took her to raise.  This was very traumatic for Crystal. She became close to her grandparents, but she didn’t get over the loss of her parents.

Once she  is aware of the plight of these two young girls, she is haunted by it. Nightmares revolving around their predicament plague Crystal. She tries to forget about the mother and her lost daughters.

After a while, she begins to see three small children in a hopeless situation. And she realizes one of them is herself. When her parents were killed, nothing could be done.  They were dead. But there is something that can be done for these children.

Crystal considers a number of ways to help Lucita escape, only to recognize that if Lucita does get free, it will cost her two daughters. It becomes clear to Crystal the children must be rescued first, for only then will the mother dare to escape.  Even then, Crystal tries to put this out of her mind. But after one particularly bad night, she says, “I’m a prisoner of those two girls.  I won’t be able to sleep until they are free.”

It helps that she is naive and does not really understand just how dangerous it will be. She thinks that the police will help her. Or the Federales. And if all else fails, at least Crystal will be protected by the U.S. Consulate. All those safety nets evaporate once she is in Mexico.

It is a dangerous, yet interesting adventure,  aided by the mysterious Juan Grande. Read A Silver Medallion to follow Crystal’s trek through the jungles of Mexico and see what she is capable of doing.

A Silver Medallion is the second Crystal Moore Suspense, following A Ton of Gold.

A Silver Medallion on Amazon:  http://amzn.to/1WxoEaF

More about A Silver Medallion: 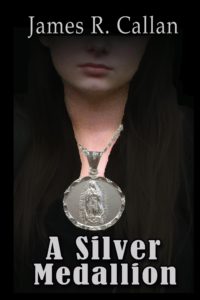 Young, bright, unadventurous Crystal Moore comes face-to-face with slavery in today’s Dallas, Texas. A woman is held, not by chains, but by threats to her two small children left behind in Mexico. Should she escape, or even tell anybody of her situation, her children will be killed.

Crystal would like to walk away and forget she ever heard this. But her conscience won’t let her. Her parents were killed when she was just seven. She knows the heartache these children suffer. And she can’t sleep without hearing the cries of the two young girls and their mother.

Crystal knows the woman will never try to escape as long as her children are held hostage. Crystal realizes the only way to free her is to go to Mexico and rescue the girls first, for only if they are safe will the mother ever be free.

Crystal goes to Mexico and secures the help of the mysterious Juan Grande. But now, two powerful and ruthless men, one in Mexico and one in Texas, want Crystal dead.

In the midst of all this, the man who nearly destroyed Crystal emotionally is coming back. This time, he can ruin her career.

She will need all the help she can get from a former bull rider, Crystal’s streetwise housemate Brandi, and Crystal’s seventy-six year-old, feisty grandmother.

2 thoughts on “Why Would She Do It? by James R. Callan”