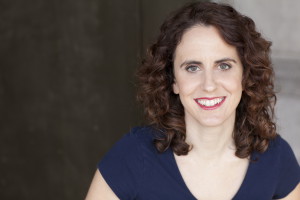 A.J. Cattapan is an author, speaker, and middle school English teacher living in the Chicago area. Her published works include the young adult novel Angelhood, a story in Chicken Soup for the Soul: From Lemons to Lemonade, and numerous short stories and articles in magazines for teens and children, including Highlights and Hopscotch for Girls. She will also be featured in a recipe and corresponding story anthology due out this summer.

Why Acting Made Me a Better Writer

In my newly released young adult novel Angelhood, the main character hopes for a life on Broadway until her dream theater college rejects her. This shattered dream haunts her for the rest of the story. Anyone who knows me well knows I spent all of my high school years playing around in the theater department. My love of the theater even continued after college when I did some community theater and a tiny bit of professional acting.

While I’ve earned my living mostly through teaching reading and writing, acting has taught me many things, including how to be a better writer. How so?

And just like in writing, actors often have to act contrary to how they themselves may react in a given situation. I could play a villain who’s out to destroy people or a gambler with a drinking problem. None of these may be in my nature, but if I’m going to play them authentically, I at least have to understand the psychology that makes them tick. This same technique comes in handy when writing. I need characters with all sorts of personalities, some with ones I don’t even like, but if the character is going to seem real enough to jump off the page, I have to get into his or her head and know what’s going on in there. I have to make their feelings and motivations seem as authentic as my own.

Another part of acting that has helped my writing would be the improv work I’ve done. The most basic of improv games that actors play is called, “Yes, and.” The first actor gives a statement that establishes the scene, for example, “My, it’s hotter than I expected in Antarctica.” The second actor needs to acknowledge this premise (no matter how crazy it is) and then build the scene from there. This is done by the second actor starting his sentence with, “Yes, and . . .” and then adding on some new information. For example, “Yes, and who knew when we left on this trip that we’d be glad we packed our swimsuits!”

How has this helped my writing? Sometimes I think I know exactly how a scene should go, but then a character says something, and I realize that previous piece of dialogue I’d planned won’t work. Each time a character says something new, the scene alters slightly: someone’s motivation is changed, someone’s attitude is changed, perhaps even the setting has changed. Learning to live in the moment, just like an improv actor, has forced me to do the same when bringing scenes with fictitious characters to life. 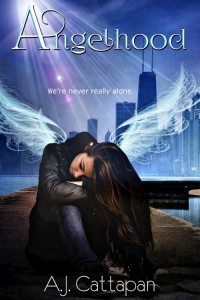 Seventeen-year-old theater geek Nanette believes her life is headed toward stardom on Broadway. But when her dream theater college rejects her and her best friend dies in a terrible accident, Nanette decides the world would be better off without her. Unfortunately, the afterlife offers something less than a heavenly situation. Trapped between alternating periods of utter darkness and light, Nanette is stuck following a high school freshman around. Soon, she learns she’s a guardian angel, and the only way she can earn her wings is to keep her young charge, Vera, from committing the same sin she did—taking her own life.

Unfortunately, Nanette is missing more than just her wings. She has no tangible body or voice, either. Frustrated by her inability to reach out to Vera and haunted by memories of her old life, Nanette wants to give up, but then she sees what happens when another Guardian at the high school turns his back on his charge. The shock is enough to supercharge Nanette’s determination. If she’s going to find peace in the afterlife, she’s going to have to discover what living is really all about.

Links to A.J. and Angelhood:

Wow, A.J., thanks for a great post. I did some acting in high school, definitely not to your level, but I understand your perspective. I’d never thought of it that way, but will from now on. You’ve taught me something new today–something I needed.