I’ve been reading a book by John Bevere called The Bait of Satan. In my current chapter, he speaks about have a foundation. I’m not going to expound on his work, but it’s a good book. I recommend reading it.

Anyway, for my personal Bible study and because my word for the year is steadfast, I decided to do a word study on foundation. I won’t bore you with the details of that study; besides, I’m just getting started. One of the first verses I came across is in Luke 6, specifically verses 48 and 49. It’s a familiar story. As I child, I sang the song, “The Wise Man Built His House Upon a Rock.” Nice song, but it didn’t have any real meaning. No one bothered to inform me about the preceding verses.

What verses, you wonder? Let me tell you what I saw for the FIRST time today. (‘Cuz Holy Spirit is so good at revealing what we need when we need it.) 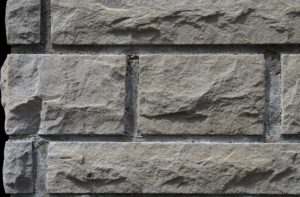 Everyone who comes to me and hears my words and does them, I will show you what he is like: he is like a man building a house, who dug deep and laid the foundation on the rock. And when a flood arose, the stream broke against that house and could not shake it, because it had been well built.

But the one who hears and does not do them is like a man who built a house on the ground without a foundation. When the stream broke against it, immediately it fell, and the ruin of that house was great.” Luke 6:46-49(ESV)

Building the foundation is a word picture of OBEDIENCE. Notice verse 46, “Why do you call me ‘Lord, Lord,” and not do what I tell you?”

The story preceding these verses gives us an even greater picture of what Jesus was trying to tell them. Read this:

“For no good tree bears bad fruit, nor again does a bad tree bear good fruit, for each tree is known by its own fruit. For figs are not gathered from thornbushes, nor are grapes picked from a bramble bush. The good person out of the good treasure of his heart produces good, and the evil person out of his evil treasure produces evil, for out of the abundance of the heart his mouth speaks.” Luke 6:43-45(ESV)

A good person produces good from the good in his heart.

An evil person produces evil from the evil in his heart.

Before Jesus asks them why they were being disobedient, He tells them that their heart gives them away, because the condition of the heart determines the words they speak. In the Greek, the heart refers to the center of all physical and spiritual life; or the thoughts and feelings. 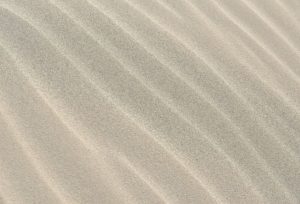 Notice both men are still building their houses. They’re leading “Christian” lives. Both of them can appear the same. But they’re not the same. Their foundations are different.

This reminds me of the story in Matthew 21 where the father asks his two sons to go work in the vineyard. One said no, but later changed his mind and did as his father asked. The other agreed immediately but never went. Jesus asked the crowd which one did the will of his father. And, rightly, the crowd replied that the first was obedient.

It appeared as though the first were disobedient and the second obedient, but the opposite was true.

Appearances can be deceiving. A person can live in a grand house, worth millions, and seem to be rich beyond measure but be in debt far more than you can even imagine.

So how is your foundation? Is it the solid rock of obedience to Jesus, our cornerstone? Or are you on the shifting sands of disobedience? 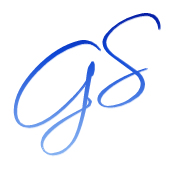 PS. Don’t forget about the giveaway. Only a few chances left to comment for a chance to win. Click HERE for more information.

4 thoughts on “Where is Your Foundation Laid?”