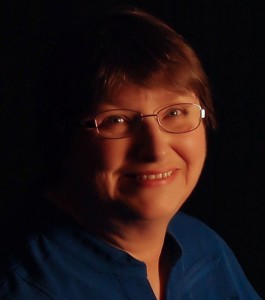 Susan Page Davis is the author of more than fifty novels, in the romance, mystery, suspense, and historical romance genres. A Maine native, she now lives in western Kentucky. Susan is a past winner of the Carol Award, the Will Rogers Medallion for Western Fiction, and the Inspirational Readers’ Choice Award.

Transportation in the mid-1800’s

How would you travel 160 years ago?

For the Prairie Dreams series, a lot of my research involved transportation. My characters traveled in 1855 from England to Oregon, and in 1857 from Oregon to England. This gave me quite a few hours perusing books and websites, choosing the best methods of transportation for them and for my stories.

For the first journey, I got my main characters, Elise and Lady Anne, to New York by ship. From there they went by train to Missouri, where they joined a wagon train against the organizers’ better judgment. I had written books about the Oregon Trail before, and had amassed quite a lot of information about it, so I reviewed that and threw in some new twists for the ladies.

When they at last arrived in Oregon, they had to get from Oregon City to Eugene City. That was a lot harder in 1855 than it is today. There was no stagecoach or boat that could take them the whole way. In Lady Anne’s Quest, the heroine ended up going by wagon road.

Once in Eugene City, where my husband was born, she had more travel decisions. Lady Anne and her friend, Dan Adams, decide to ride west to Scottsburg on horseback. I had never been to that part of Oregon, though I lived in Eugene for a while when I was first married. This meant more research, about the primitive roads then available, and also the terrain, the Indians (who were in a quarrelsome mood at that time) and the mining efforts in the area.

From Scottsburg, my characters were able to get a steamboat to the coast and up to Portland. Whew! I was exhausted, but it wasn’t over.

In the third book, A Lady in the Making, Anne’s uncle, David Stone, decides to leave Oregon and go to England. I had to do quite a lot of research, just to get David and the heroine, Millie, out of Oregon. The time period (1857) is early for big, well-organized stagecoach lines, so I had to figure out how they would get from The Dalles, Oregon to St. Louis, Missouri. It was doable, but things like Indian unrest in Idaho and troubled relations with the Mormons in Salt Lake City made it challenging. Once they crossed the Mississippi on a ferry, they could hop a train, but they were a few years too early for the Transcontinental Railroad. When they at last reached the east coast, they could book passage on a ship for England.

I’m tired just thinking about it, but I hope you enjoy traveling with Lady Anne, David, and their friends. 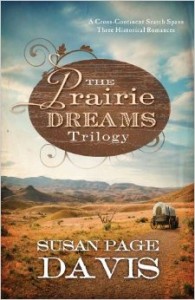 In The Prairie Dreams Trilogy, an English lady and her maid head for the American West. Lady Anne Stone hopes to find her uncle, the new Earl of Stoneford, and save the family legacy, but she has no idea how far the search will take her.

In Lady Anne’s Quest, finding an imposter instead of her uncle means Anne’s quest must continue. Dan Adams is determined to protect Anne from the swindlers now trailing her. Though he’s good at keeping her safe, he’s certain he’ll never be able to convince Anne to be his wife, since her sights are set on finding her uncle and returning to England. As her quest becomes more difficult—and dangerous—Anne finds her feelings for Dan changing. Will she soon envision a new life in America?

In A Lady in the Making, Millie Evans chooses to leave her brother rather than join an outlaw gang with him. Hoping for a new future, she boards a stagecoach but runs into her past and David Stone—a man she and her brother once tried to swindle. As she tries to convince David she’s changed, her brother’s gang holds up the stagecoach. Fighting beside David goes a long way to softening his heart, but he’s still not convinced. Millie must trust God to show David the truth.

The Prairie Dreams Trilogy can be found at:
Amazon
Kindle
Barnes and Noble
Christian Book.com
Books-A-Million