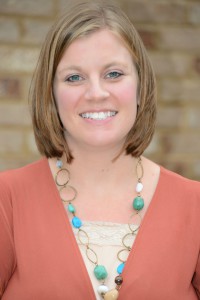 school and her love for books never died. Today she reads in all genres; her only requirement is an awesome story! She writes young adult speculative fiction, including her upcoming YA supernatural, Shadowed Eden. You can connect with her at her website, on Facebook, or on Twitter.

The Making of Shadowed Eden

Have you ever been lost in a story? So blessedly lost that you can’t think of anything else? Ever loved the characters so much that you started creating your own fanfiction to go along with it?

Okay, confession time. That is how the seeds of Shadowed Eden, my upcoming YA supernatural novel, began. While doing my daily walk on the treadmill I began watching the TV show Lost on Netflix. I fell in love, but not with the characters most people might think.

Did you love #Lost? Check out Shadowed Eden by Katie Clark

A couple seasons into the show we were introduced to a teen girl named Alex. Her dad wasn’t really her dad, but she didn’t know that yet. And her dad was definitely wrong in his views and beliefs. This went beyond the normal “teens hate their parents” stuff. Alex’s dad really was wrong, and she had to do something about it.

So, Alex was who stuck in my head. I began imagining scenarios for her, just to see how she would resolve them. I wanted to know more, more, more about her! It wasn’t long before I had created an entire character profile for this girl who wasn’t even that important to the TV show.

Shadowed Eden grew out of that character profile (as well as some awesome brainstorming sessions with my brother, who is a fellow Lost enthusiast). I wrote it fairly quickly, and my love for the show and Alex’s character definitely bled over into the story (I hope for the better!).

Now it’s your turn! Ever loved a show so much you truly found yourself “Lost” in it?

High school senior, Avery Miles, is attending one last mission trip with the church youth before she moves across country to attend college in the fall. The trip through Iraq takes a wrong turn when the sandstorm of the century hits the area and blows the group’s entourage off course. After the dust settles, they find themselves in an unimaginable and inexplicable garden oasis. Along with an abundant supply of luscious fruit and crystal clear springs, the mysterious garden is home to poisonous snakes, hidden sink holes, and a lingering confusion that no one can shake—not to mention the natives, who are almost unearthly.

As the days progress, the group begins to realize they have a very real problem—no matter which way they trek, they can’t seem to leave. Avery puts the clues together and begins to suspect their location is much more than a simple garden oasis, but just as a rescue plan forms, Avery discovers her father is working with a more sinister presence, one that wants to keep them trapped permanently.

What others have said about Shadowed Eden!

“A truly original premise, Shadowed Eden, is an exciting supernatural adventure filled with danger, redemption, and a cast of teenaged characters that I grew to love. I enjoyed Clark’s story and look forward to seeing what she comes up with next.” ~Jill Williamson, Christy Award-winning author of By Darkness Hid and To Darkness Fled

“Shadowed Eden is a unique and intriguing tale that will keep the reader turning pages, and the suspense doesn’t stop until its surprising end! I highly recommend it.” ~Melanie Dickerson, Carol Award-winning author of The Merchant’s Daughter

Thanks for joining us, Katie.

3 thoughts on “The Making of Shadowed Eden by Katie Clark”