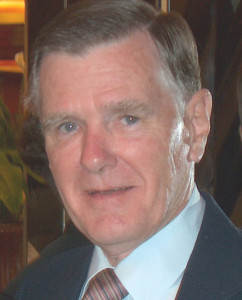 After a successful career in mathematics and computer science, receiving grants from the National Science Foundation and NASA, and being listed in Who’s Who in Computer Science and Two Thousand Notable Americans, James R. Callan turned to his first love—writing.  He wrote a monthly column for a national magazine for two years. He has had four non-fiction books published.  He now concentrates on his favorite genre, mystery/suspense, with his sixth book releasing in 2014.

Several years ago, I began to read about a pipeline that would run from Alberta, Canada to the Gulf Coast near Beaumont, Texas. Building a pipeline greater than 2,000 miles in length naturally gained my attention. The chances were exceedingly small that such a pipeline would cross our land in Texas or otherwise impact us. But it was interesting to read about it.

Imagine our surprise when months later we receive a call from a land man wanting to talk to us about the Keystone Pipeline.  This led to a long series of meetings and discussions.  Keystone was granted eminent domain.  This meant the courts had given it the right to cross our land with the pipeline, and have a right-of-way for eternity.  We were only arguing over the details.

In the end, Keystone was given the right to clear-cut a swath 150 feet wide and about a third of a mile long across our land, taking out hundred foot tall pines trees and fifty year-old oak trees.

So, eminent domain used to benefit private corporations was on my mind.  And I played the popular writers’ game, What if?

For my latest mystery, Over My Dead Body, I have Syd Cranzler objecting to eminent domain being used by private corporations to take his land and home.  He decides to challenge the eminent domain in the courts.  He has a heated discussion with the corporation’s representative and says he expects his lawyer will have his appeal files before any work begins.  The next day, Syd is found dead as a result of an overdose of his heart medication.  The police rule it suicide.  Case closed.

However, Father Frank, Syd’s pastor, and another member of the parish, Georgia Peitz, can’t believe Syd would commit suicide.  He was, after all, going to fight the ruling.  They begin to ask some questions and what they find makes them even more certain that Syd did not commit suicide.  But, it is only after Father Frank is attacked and then later almost poisoned that the police finally decide to investigate further.  For Georgia, her budding romance with the lead detective is seriously threatened as they clash over the case.

In the end, it is Father Frank and Georgia who solve the case.

All of this started with my encounter with eminent domain.  It was suggested that I make the story deal directly with the Keystone Pipeline.  But, I decided this was a fiction book and I did not want to thread too much of our experience into the book.  No one was threatened, attacked, or poisoned in dealing with the Keystone.  At least, I did not know of any such incidents. I was writing a murder mystery.  I did not want to even hint that any murder occurred as a result of the Keystone Pipeline.  There were many protests, some even dramatic. But no violence entered the picture – that I was aware of.  My murder mystery would not cast any shadow on the pipeline company.

Over My Dead Body spins a good tale.  It is peopled with interesting characters. It is a good read. But it is 100% fiction.

More about Over My Dead Body:

A large corporation is taking land by eminent domain.  Syd Cranzler stands in its way, threatening a court battle. After a heated meeting with the corporation representative, Syd is found dead from an overdose of heart medication.  The police call it suicide. Case closed.

But Father Frank, Syd’s pastor, and Georgia Peitz, another member of the church, don’t believe Syd committed suicide and begin to look for clues of what really happened. Will this affect Georgia’s romantic interest in the lead detective?

When the priest is almost poisoned, they convince the police to investigate further. Immediately, Father Frank becomes the target of rumors and speculation he might have had something to do with Syd’s death.

The more clues Father Frank and Georgia uncover, the more danger they find themselves in. Can they find the real killer before they become victims?

Over My Dead Body is available for pre-orders at:   http://amzn.to/1BmYQ0Q

Thanks for joining me, James.

8 thoughts on “The Keystone Pipeline by James R. Callan”