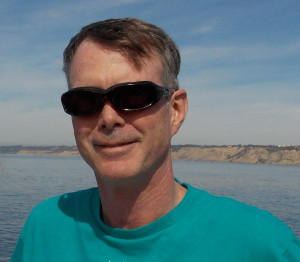 Glenn Haggerty is a member of ACFW (American Christian Fiction Writers), a graduate of Vision Loss Resources and Bethel Seminary, father of six and grandfather of six. He likes tandem biking and kayaking, and lives in Minneapolis with his wife and two youngest college age children. Glenn is an award winning author who combines his love for teaching God’s word with his passion for writing exciting fiction. Run is his first novel.

The Fate of the Abandoned

Abandoned houses in the woods have always fascinated me. Such mystery! As a boy in the Appalachian foothills, my friends and I ran across a number of such structures. My imagination ran wild! When I was brave enough to poke around in the ruins, we always found personal items, old coins, books, knick-knacks and such that had been used by mysterious people long ago . . . Strong motivation to dig deeper, but I was never brave enough to search the dark corners, and building a fort or sticking around after dark—no way. So an abandoned house deep in the forest was the germ for my story, Run.

Did you know that every year, thousands of homes are abandoned in the US, including remote rural properties? Assuming no bank mortgages, the County eventually forecloses on the tax assessor’s lien. These parcels are then offered for auction at tax foreclosure sales. Those not sold are deeded to the County and called, “Tax-Title Parcels.”

The Ruined House in Run is one such parcel, owned by the County, but considered worthless, it lays forgotten. Packman, Frank and Runyon’s prison mate from Attica heard of the property somewhere and on his first parole from prison, he secretly took possession of the property, expanded the cellar, added a tunnel and additional underground chambers—all in preparation for a very nasty business. But Packman was nailed for breaking parole while traveling in New York City and returned to Attica Prison. There he met an untimely death at the hands of Brian (Run) Runyon, the story’s antagonist. Run secretly hated Packman and broke the little pervert’s neck, staging it as a prison accident. But not before Run’s cellmate, Frank, had wheedled directions to, and plans of the ruined property from the unsuspecting Packman.

If Packman, or Frank and Runyon for that matter had been honest, they might have obtained title to the property through “the law of adverse possession.” Essentially squatters who openly and exclusively possess property without the owner’s permission can gain legal title after as few as five years in some states.

I discovered articles on the Internet that encourage real estate developers to squat on abandoned properties in an attempt to gain possession and ultimately title of said property for future investment! On the other hand abandoned properties are also suggested as a legitimate form of housing by some . . .

I hope it never comes to that for me! 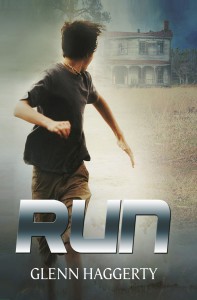 At thirteen, a boy can run from lots of things, but he can’t always hide . . .

Awkward newbie, Tyler Higgins, has to navigate the middle school friendship jungle. But how can he focus on friends when a mysterious plumber casing the neighborhood threatens his life? While chasing the cool kids through the woods, he tumbles into a ruined house where a shadowy creeper emerges from the basement. Tyler escapes, but for how long? The gigantic ninja-like goon sniffs him out and threatens to carve him up—along with his family.

Tyler finally connects with a rich kid, but a showdown brews. The plumber has a secret and lots of stolen cash—and Tyler’s friend is locked in on the plumber’s hideout. Now Tyler must risk his life or lose his new friend—permanently.

Whether in his small town, in the wilderness, or in the tropics on vacation, danger stalks thirteen-year-old Tyler Higgins like mosquitoes after exposed skin. Don’t miss the prequel, 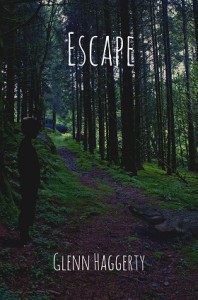 Escape,  Book Two, Chase and Book Three, Hyde, in the Intense Series, which combine teen issues like friendship, bullying, drug abuse, parental divorce and first crushes with heart pounding adventure and suspense. Join Tyler as he applies faith to life and goes nose to nose against the dark side of society.

Escape, a prequel novella to Run was published last fall in e-book only, and is available from Amazon.com or from my author website. Book 2, Chase is tentatively scheduled to be released by Taegais in March 2016. And Book 3, Hyde, hopefully sometime this summer.

2 thoughts on “The Fate of the Abandoned by Glenn Haggerty”