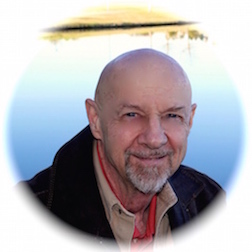 When I was a junior in high school, my dream was to be a Naval aviator. After a visit to the Recruiting Office, I was hyped. But soon thereafter, I received a clear call to the ministry and never looked back. Never regretted it either.

After graduating from Baylor University, I engaged in evangelistic ministry throughout the United States, ministering in schools, churches, stadiums, coffee houses and other venues. I also wrote and performed my own music, played the guitar and recorded several albums.

Through the years I founded several businesses which supported outreaches all over the world, and I did some writing. During that time, I gathered stories of courageous veterans who struggled to acclimate upon returning to the US. I have always had a special place for those who have protected our freedom. My best friend from high school was twice wounded in Vietnam and his life was never the same.

After I finally retired, in the midst of the quiet, the amazing Cody Musket Story dropped into my head. Writing a novel was not something I had planned. Inspired by real events and people, I wrote a fiction story based on solid truth. Thus the series, No Pit So Deep, The Cody Musket Story was born.

I’ve done some blogging and speaking, and I am also a pilot. I live in Waco, Texas with the most alluring woman on the planet, to whom I have been married forty-seven years. We have two sons.

The Art of Listening

In modern culture, with crime on the rise, disasters, enemies within our borders and war beyond, Post Traumatic Stress Disorder (PTSD) is an epidemic. Harrowing, life-threatening events can leave one deeply wounded in ways that cannot be seen.

Over the past fifty years, I have occasioned to be approached by US war veterans who have struggled to reclaim their lives after returning home from combat. In addition to sharing and reliving with me their brutal experiences, they have openly revealed their emotional struggle in dealing with the after-effects upon themselves and their families.

No, I’m not a trained therapist, but I am a good listener. I’ve learned of the pain, and I know that many suffer in silent desperation because no one seems to understand. Last year, a currently deployed US Navy SEAL told me that the most therapeutic remedy for PTSD is to simply share the experience with one who will listen, especially with someone who will not condemn and not try to offer advice unless asked.

Cody Musket and Brandi Barnes find each other under the worst of circumstances. They connect on a deep level because they have both suffered — Cody from his Afghanistan war experience, and Brandi because she has twice been a victim of violent crime. Both carry scars of soul and body.

Brandi is a single mom whose twenty-month-old daughter was conceived during an abusive relationship. She has since become a woman of faith and a courageous writer, taking on a human trafficking ring with her published editorials. This has earned her a contract for her life.

Cody and Brandi meet unexpectedly when she is attacked by a hit team. He steps in and rescues her, a total stranger, and then refuses to let her out of his sight afterward

They fall deeply in love, even as Brandi realizes that Cody has serious issues—guilt, hidden pain, rage, memory loss, flashbacks, and nightmares. She is in uncharted territory, but loves him so much she refuses to let him go. Cody wants to protect her, but she is willing to risk her life to save the only man she has ever loved.

But Brandi isn’t the only one who falls for Cody. Her toddler, Knoxi, cannot take her big blue eyes off him. Brandi’s tender persuasiveness, eventually getting Cody to talk about his experience, and Knoxi’s innocence and affection begin to melt away the stone around Cody’s heart.

Knoxi is nearly two years old, yet has never spoken a word. But in a monumental moment, with Cody carrying her on his arm as if waltzing her around the room, she speaks for the first time, spouting off Cody’s favorite catchphrase — “You never know.”

In the end, Cody Musket, star athlete and Medal of Honor winner, declares to the media, “If God has one big flaw, it is that He loves us way too much, and you’re lookin’ at one thankful Marine.”

More about No Pit So Deep, The Cody Musket Story: 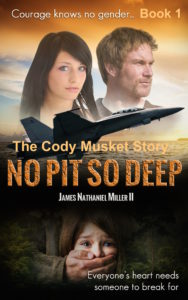 He never wanted to be a hero. She never meant to fall in love.

Inspired by real events, No Pit So Deep, The Cody Musket Story, takes a realistic look into a world where there is no pit so deep that God is not deeper still.

Brutal, romantic, funny, heart-rending. Clean historical fiction with a thousand twists. Expect the unexpected, look for a miracle. An unforgettable story of honor, sacrifice and courageous love. Available on Kindle.

My review for this book will be coming in the next few weeks. Keep an eye out. 🙂