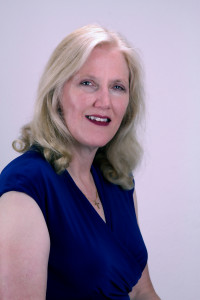 Well this is supposed to publish on Wednesday, but I accidentally published it early, so here it is. 🙂

Kelly Irvin is the author of the Bliss Creek Amish series and the New Hope Amish series, both from Harvest Housing Publishing. The Beekeeper’s Son, her first novel in the Amish of Bee County series from Zondervan/HarperCollins debuted in January. She has also penned two inspirational romantic suspense novels, A Deadly Wilderness and No Child of Mine.

The Kansas native is a graduate of  the University of Kansas School of Journalism. She has been writing nonfiction professionally for thirty years, including ten years as a newspaper reporter. She has worked in public relations for the City of San Antonio for twenty-one years. Kelly is married to photographer Tim Irvin. They have two young adult children, two grandchildren, two cats, and a tank full of fish. In her spare time, she likes to write short stories and read books by her favorite authors.

Ta-dah: God loves you just as you are!

When I was in the fourth grade, I gained some weight. Unbeknownst to me (and apparently to my parents) this is not an uncommon occurrence for girls this age who then proceed with a growth spurt that stretches them up instead of out. My well meaning parents were worried, and they began to monitor my food intake and curtail what I ate. I had four brothers and sisters, all of whom ate like farmhands and weren’t “fat,” so it must have been me. That was the beginning of a lifelong battle with my weight. I have dieted for the better part of fifty years, and I still look in the mirror and see that chubby little fourth grader. I wanted to be pretty like the girls I saw on TV and in the movies. That meant being skinny.  No one would love a fat me. Not even my parents did.

Then a few years ago, I attended a conference where Liz Curtis Higgs reminded attendees that God made each one of us in his image. He made the world and he said, “It is good.” Liz suggested each one of us should stand in front of a mirror in the morning and say “ta-dah,” because that’s  what God did when He made us. How often do you look in the mirror and frown, a crease in your forehead, critiquing the tummy bulge, the big thighs, the behind that won’t stay behind? Yes, we should be healthy. Yes, we should be good stewards of the bodies God gave us, but never forget: God made you and me and the world around us. In his eyes, we are beautiful.

In The Beekeeper’s Son, Deborah Lantz is disdainful of her surroundings in her new home in Bee County, Texas. In her eyes, it’s ugly, bleak, and barren. She’d like nothing better than to go home. Phineas King sees great beauty in his windswept home. Yet he can’t see his own beauty, only the scars that mar his face, his hands, and his arms. He can’t imagine that anyone will see how beautiful he is on the inside. These two strangers have to learn to see themselves and their surroundings as God sees them, before they can learn to love themselves and others.

Do you judge yourself and others by the world’s standards for beauty or by God’s? The next time you look in a mirror, smile. God is!

More about The Beekeeper’s Son:

Sometimes it takes a barren landscape to see the beauty of God’s creation.

Phineas King knows better than to expect anything but shock and pity wherever he shows his face. Horribly scarred from the van  accident that claimed his mother’s life, he chooses to keep his distance from everyone, focusing his time and energy on the bees his family raises. If no one sees him, no one can judge him. So why does he start finding excuses to seek out Deborah Lantz, the beautiful new arrival in town?

Deborah can’t get out of Bee County, Texas, soon enough. Once her mother and younger siblings are settled, she is on the first bus out of this dusty town. She is only waiting on the letter from Aaron, asking her to return to lush Tennessee to be his fraa. But that letter never comes. As she spends time getting to know Phineas—hoping to uncover the man beneath the scars—she begins to realize that she no longer minds that Aaron hasn’t sent for her.

As both Deborah and Phineas try to come to terms with lives that haven’t turned out the way they imagined, they discover that perhaps Gott’s plans for them are more extraordinary than they could have dreamed. But they need to let go of their own past sorrows and disappointments to find the joy and beauty that lies just ahead for them both.

Thanks for joining us, Kelly, and reiterating how important and beautiful we are to God.

Here’s a peek at my review for The Beekeeper’s Son: With all of the Amish romance novels out there, I wondered if there could be a fresh look through their eyes, but Kelly Irvin has managed it once again. You can read the whole thing here when it publishes this Friday (3/20).