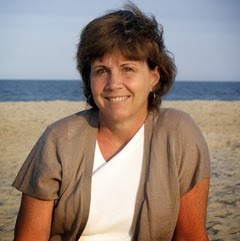 Today we welcome Carole Towriss, whom I was blessed to meet last year at a writing conference.

Carole Towriss grew up in beautiful San Diego, California. Now she and her husband live just north of Washington, DC. In between making tacos and telling her four children to pick up their shoes for the third time, she reads, writes, watches chick flicks and waits for summertime to return to the beach. She is the author of biblical novels In the Shadow of Sinai and By the Waters of Kadesh. She also writes for Christ to the World Ministries. You can find her at www.CaroleTowriss.com.
My heater died yesterday (Thursday). The bad news is, they can’t get a new part until Monday, and it’s supposed to snow on Sunday. The good news is, we have two units: one for the main floor and basement, and one for the upstairs, so we won’t freeze. We even lost power once, and with all six of us in one room we were fine.
This has made me very thankful for the comfortable circumstances in which we live. By any standard of comparison, most of us in America are extraordinarily blessed. Not all the world sleeps so snug each night.
I’ve only visited a few countries on this planet, all far less developed than ours, including Kazakhstan to adopt our kids. People wonder why I’ve never been to London, or Paris, but it’s just never worked out that way. I keep ending up in places of great poverty and need. Most times a flush toilet was a luxury. I remember once in Nias, Indonesia, which was devastated by the tsunamis of 2004-05, I was relieving myself and thinking, “This is the nicest squatty potty I have ever been in.” In Bosnia, a year after the war ended, they still had running water only a few hours a day. They filled empty coke bottles to have water for the rest of the day. Three of our children are adopted from Kazakhstan. The oldest was fed formula only once a day. The other times she was given diluted mashed potatoes.
But these are exactly the circumstances into which Jesus entered our world. He was born to a teenage girl, and laid in a manger. Worshiped by shepherds—among the lowliest of peoples. He wasn’t born in the Washington DC of his time, or even the Moscow or Beijing. His birth wasn’t announced on CNN or Fox. The news was sent to the homeless, the drug addicts. The people whom few would believe when they spread the word.
Jesus came to those who were aware of their need for His love and acceptance, His healing and provision. He came to those who knew there were great gaps in their lives. The rich and powerful—and comfortable—rarely acknowledge a need for anything, and in extreme cases, like Herod’s, will try to destroy anyone who finds them lacking anything rather than admit it.
This Christmas, and all year long, may we strive to be more like shepherds than kings. Thankful for what we have, aware of what we need, accepting of what He offers.
Carole’s links:
·                     http://caroletowriss.com/
·                     Facebook
·                     Twitter
·                     Pinterest
What a poignant reminder of how blessed we are. Thanks for joining me here today, Carole.
Want free books? Comment for a chance to win. For more information click here.
Blessings,