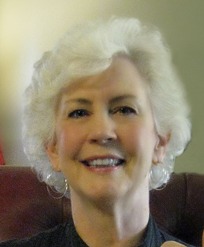 Don Prichard is a Viet Nam veteran who served in the Marine Corps Reserves for thirty-two years before retiring as a colonel. He is also a career architect, whose specialty in government work includes the design of prisons, courthouses, and military facilities.

Stephanie is an army brat who lived in many countries around the world and loved it. She met her husband at Drake University in Des Moines, Iowa, where she majored in English/Literature. She and Don have lived in Indianapolis, IN, for forty years, and in retirement have turned to co-authoring novels now that their three children are busy raising a beautiful crop of grandchildren for them.

“W-h-a-a-t?” I clicked Save and trudged from my bedroom office to the top of the stairs. “Did you say something?”

I trekked down the stairs, through the living room, and into my husband’s dining-room-converted-into-an-office. “What’d you say?”

He answered. I answered. Back upstairs to my computer.

Uh-huh, you guessed it—back downstairs again. Grace ebbed with each step until, on my fourth trip, I suggested what clearly was more than a recommendation. “From now on, how about if we have the rule that we meet at the stairs to talk?”

I stomped out of my room. What part of “meet at the stairs” did the man not understand? “Wha-a-a-a-a-a-a-a-t,” I yelled, my protracted vowel definitely not coated with shugah.

Oh my. At the bottom of the stairs, already waiting, stood my husband. My jaw dropped and heat pinched my cheeks as he grinned up at me.

Sigh. Time for a reality check-up: I needed a hearing aid.

“Why wait until you’re old and gnarled to hear better?” a friend asked. Why indeed? I was missing out on half the content of conversations directed to me. As if listening to a skipping tape recorder, I had to piece words together to catch the gist of what was said. And then there were my friends who teased me by muttering juicy tidbits just loud enough that I couldn’t quite catch what they said. Meanies.

Why put up with this? I bought a hearing aid for each ear, and, yessssss, finally I could hear!

Reminds me of how we need spiritual hearing aids too. Before I became a Christian, I read the Bible … and thought it horrid. I listened to sermons … and the words went in one ear and zipped out the other. Scripture by itself, whether read or listened to, is not a hearing aid to God’s Truth. First Corinthians 2:14 says, “The man without the Spirit does not accept the things that come from the Spirit of God, for they are foolishness to him, and he cannot understand them because they are spiritually discerned.” Yep, nailed me!

Once we are Christians, however, the Holy Spirit opens our ears to hear and our minds to understand the Truth that God reveals in Scripture. That’s when we can meet with Him at the stairs and talk. “‘Come now, let us reason together,’ says the Lord” in Isaiah 1:18. Oh yeah, that’s an invitation I don’t want to miss out on!

In Stranded, four castaways not only have to face the challenge of survival on a jungle island but they have to square off with God too. It’s as if the island is the tromping grounds of the Holy Spirit, who pokes and prods them to confront the obstacles they’ve put between them and God.

How about you? Are your spiritual hearing aids sufficient to “meet God at the stairs,” or do you need to be transported to a jungle for help?

You can find out more about Don and Stephanie at these sites:
http://donandstephanieprichard.wordpress.com
www.pinterest.com/stephprichard
www.facebook.com/4u2read 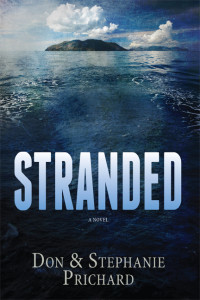 All Marine Corps reservist Jake Chalmers wants is to give his dying wife a last, romantic cruise to the Philippines. Unable to save her in a mass murder aboard ship, he washes ashore a jungle island, where he discovers three other survivors. Heartbroken that he failed to save his wife, he is determined not to fail these helpless castaways.

Federal prosecutor Eve Eriksson rescues a young girl and her elderly great-aunt from the same ship. They badly need Jake’s survival skills, but why is he so maddeningly careful? She needs to hurry home to nail a significant career trial. And, please, before Jake learns her secret that she’s responsible for his wife’s death.

Stranded: A Novel is available for only $2.99 on Amazon at http://www.amazon.com/dp/B00OQGJBUY

Now back to Stephanie’s thought provoking questions. ” Are your spiritual hearing aids sufficient to “meet God at the stairs,” or do you need to be transported to a jungle for help?”