I grew up believing in Santa Claus. Until the year my mom died, I got presents from “Santa” under the tree. I love the jolly, old fellow. He’s cute and makes a great story.

But he’s only a story. A fictional character based on a real person–St. Nicholas, who can find out about here. 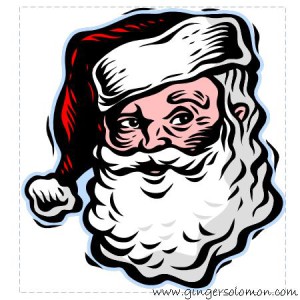 Santa Claus, the person we’ve made him to be, doesn’t exist, and yet many people tell their children he is real. That he knows if they’re naughty or nice. That he delivers thousands of presents over the length of one earthly night (since it lasts quite some time). It’s a lie. A potentially damaging one…but that’s for later. I’ll get there. Hold on.

What about the Easter Bunny? Ever heard of him/her? I never did know if that bunny was a girl or a boy. Another fictional character, but this time there is no basis for the lie. He’s just made up, possibly based on a German legend. Or “from pagan tradition, specifically the festival of Eostre—a goddess of fertility whose animal symbol was a bunny. Rabbits, known for their energetic breeding, have traditionally symbolized fertility.” (from http://time.com) Again, he comes bearing gifts–chocolate eggs and bunches of other sugary delights.

Ever lose a tooth? Then you’ll know about the Tooth Fairy. The origin of this lie is a little disturbing. One I didn’t know until looking it up for this post. According to several sites, it is an American tradition based on European folklore. Apparently, parents were very superstitious and afraid that if a witch found their child’s tooth it would allow her to curse the child, so they took the newly lost tooth and buried it in the ground. The practice followed the people, but morphed into what we know today, burying it under a pillow to be replaced with money.

I’m sure there are other lies, some I may not know about and others I have just forgotten, that we tell our children.

But what are the consequences?

I considered this long and hard when I first started having children twenty-three years ago. If I lead my children to believe in Santa Clause, the Easter Bunny, the Tooth Fairy and/or others, what happens when they find out the truth?

Do they wonder what other lies Mom and Dad are telling them?

The list could go on and on.  It breaks my heart to think that even one child might consider just one of these questions when they find out the truth about these fictional characters.

So tell me, are the lies we tell them worth it? They seem harmless, in the beginning. But if we’re talking about eternity, they could be deadly.

Do I seem overly dramatic? Maybe. But if you knew that your lie to your now five-year-old (or whatever age) would someday cause him or her to walk away from God, would you still do it?

I know…deep thinking for this early on a Monday morning.

Those are my musings for today.

Be blessed this week,

2 thoughts on “Santa Claus and Other Lies We Tell”