Catching up on reviews again. 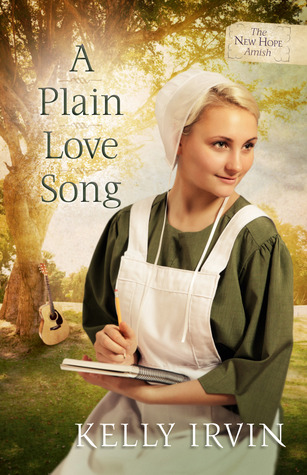 Adah Knepp wants nothing more than to make music. It’s all she’s ever desired–to sing and play the guitar and write her own songs. That’s a dream that will never come true in the confines of her strict Amish community. But then she meets Jackson Hart, and all of a sudden she finds the chance for a different kind of life. A real stage, a real guitar, and a real opportunity to sing her songs to a real audience!But pursuing her dreams means turning her back on her family and community–and saying goodbye to Matthew, the gentle Amish farmer she can’t get out of her mind. Is it worth giving up the only home she’s ever known to pursue her dreams?

This book started out like so many other Amish stories I’ve read. Amish girl gets sidetracked from her faith by an English boy while she’s on her rumspringa. However, Ms. Irvin twisted it just a bit and gave Adah an even harder choice, at least in my opinion. She had to choose between her love of music and her family, friends, and her beau. I don’t like spoilers, so I won’t tell you what happens, but the end of the story fulfilled my expectations of a happily-ever-after. 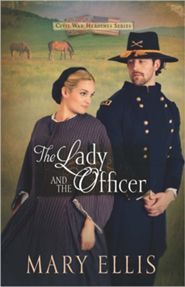 Bestselling author Mary Ellis (A Widow’s Hope) presents The Lady and the Officer, Book 2 of her new Civil War historical romance series, which tells the stories of brave women and the men who love them.Serving for a brief time as a nurse after the devastating battle of Gettysburg, Madeline Howard saves the life of Elliot Haywood, a colonel in the Confederate Home Guard. But even though Maddy makes her home in the South, her heart and political sympathies belong to General James Downing, a soldier from the North.However, Colonel Haywood has never forgotten the beautiful nurse, and when he unexpectedly meets her again in Richmond, he is determined to win her. But while rubbing elbows with army officers and cavalry generals and war department officials in her aunt and uncle’s palatial home, Maddy overhears plans for a Confederate attack in northern Virginia. She knows passing along this information may save the life of her beloved James, but at what cost? Can she really betray the trust of her family and friends?Maddy’s heart is pulled between wanting to be loyal to those who care for her and wanting to help the man she believes is on the right side of the conflict. Two men love her. Will her faith in God show her the way to a bright future, or will her choices bring a devastation of their own?

I don’t typically read books centered around war, but this one caught my attention. I stopped midway through because I was afraid for Madeline, but it kept calling me to finish. I had to know how it turned out. It was good–very good. I liked the sacrifice and love required to produce the satisfying ending. 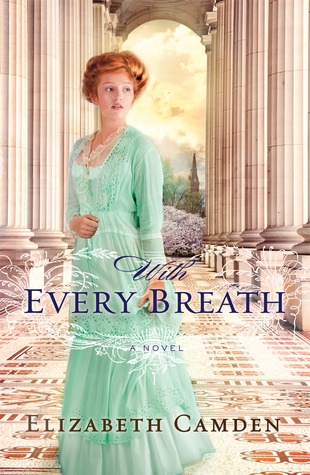 In the shadow of the nation’s capital, Kate Livingston holds a respectable position as a government statistician when she encounters a rival from her past, the insufferable Trevor McDonough. A Harvard-trained physician, Trevor never showed the tiniest flicker of interest in Kate, and she’s bewildered at the way he suddenly seeks her out. Surprising even herself, Kate agrees to Trevor’s entirely unexpected and risky proposal to work side-by-side with him in his quest to rid the world of tuberculosis, a contagious and deadly disease. As Kate begins to unlock the mysteries of Trevor’s past, she realizes there is much more to him than she could have imagined. His hidden depths may fascinate her, but his most closely guarded secrets and a shadowy enemy lurking in the background carry a serious threat to their future. When the truth of the past comes out, threatening to destroy everything they hold dear, how will Trevor and Kate ever overcome all that stands in their way?

I loved this book. From the very first, I was drawn into Kate and Trevor’s tale and ultimate love story. I mourned when they mourned, but I also laughed when they laughed. Ms. Camden did an excellent job of pulling me in and keeping me there, enthralled with the wonderfully constructed story.

I received the above from the author/publisher for the purpose of review. I’ve given you my honest opinion.

I hope you find these reviews helpful. All of the above books are available online at Amazon, Barnes and Noble, and Christian Book Distributors.