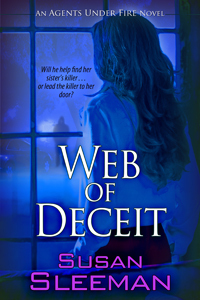 Will he help find her sister’s killer . . . or lead the killer to her door?

When FBI Agent Kaitlyn Knight discovers her brother-in-law is Vyper—the notorious cyber-criminal and murderer wanted by the FBI—Kait doesn’t question her duty to arrest him. But when he murders her sister in front of her, leaving her infant niece motherless, Kait vows to hunt him down and bring him to justice while raising the baby.

Three years later, and not even a whisper of a lead in her search, Kait is about to give up hope of ever finding Vyper. All of that changes when he goes on a murderous spree taunting Kait with clues that she and homicide detective Sam Murdock must solve before her devious brother-in-law takes another life.

As the body count rises, Sam discovers the killing spree is really about striking back at Kait. He must put everything on the line—including the relationship he’s developed with Kait—to ensure her safety. The killer is waiting, watching her every move—and he won’t stop until he’s exacted his revenge and reclaims his rights to raise his daughter.

Review: This was a fast-paced, well-written book. While it was obvious who the antagonist was for most of the book, his unpredictability kept the story moving. The conflict between Kait and Sam intensifies the story. Their connection, though not subtle, keeps them both ill-at-ease in the other’s presence. I love Susan’s books and highly recommend them for anyone who loves romantic suspense. 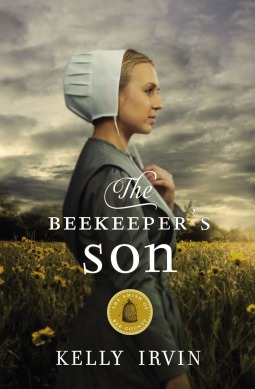 A strange, mystical place allows Deborah and Phineas to see themselves and others with new eyes. When Deborah Lantz arrives in Bee County, Texas, she expects to find a great oasis of citrus groves and olive trees. Instead, she finds a tiny Amish district struggling to make ends meet on a barren, drought-stricken land. Deborah longs to go home to the lush, green countryside of Tennessee, but she wants her mother, a widow with six children, to be happy again. Even if that means accepting Stephen as her future stepfather. She can t believe God created such an ugly place filled with strange animals, twisted, stunted trees, and not a drop of rain for months. Then she meets the beekeeper s son. Phineas King s face is disfigured by scars from an accident that killed his mother and destroyed his trust in God. Through their encounters both begin to realize the beauty in all of God s creation. Deborah walks through the strange land of figs, Mexican squash, and wild cucumbers to see Phineas, who finds solace in his work keeping the bee hives and harvesting honey for his father. Both are rarely alone, but always lonely. Deborah begins to see Bee County through Phineas s eyes and Phineas learns to see himself through hers.”

Review: I found this to be a captivating story. Change is difficult, but God loves to work through the difficult to give us the desires of our heart. Deborah and Phineas struggled to get past their disappointments, and their doubt in the God whom they’ve been taught to trust. I just love Mordecai with his useless, but interesting facts. With all of the Amish romance novels out there, I wondered if there could be a fresh look through their eyes, but Kelly Irvin has managed it once again.