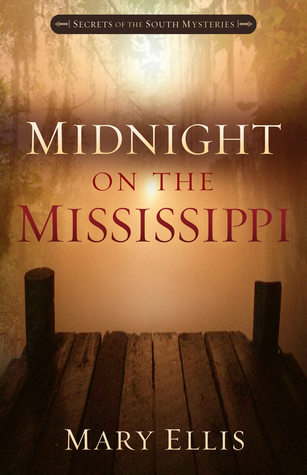 Midnight on the Mississippi begins the new Secrets of the South Mysteries from bestselling author Mary Ellis. These complex crime dramas follow an investigator’s quest to make the world a better place…solving one case at a time.

New Orleans–Hunter Galen, a stock and securities broker, suspects his business partner, James Nowak, may be involved in embezzling their clients’ money, but he’s reluctant to jeopardize their friendship based on suspicion alone. After James turns up dead, Hunter realizes his unwillingness to confront a problem may have cost James his life.

Nicki Price, a newly minted PI, intends to solve the stockbroker’s murder, recover the missing millions from the client accounts, and establish herself in the career she adores. As she ferrets out fraud and deception at Galen Investments, Hunter’s fiancee, Ashley Menard, rubs Nicki the wrong way. Nicki doesn’t trust the ostentatious woman with an agenda longer than the Mississippi River. Ashley seems to be hiding something, but is Nicki’s growing attraction to Hunter–a suspected murderer–her true reason for disliking Ashley?

As they encounter sophisticated shell games, blackmail, and murder, Nicki and Hunter’s only option is to turn to God as they search for answers, elude lethal danger, and perhaps discover love along the way.

My review: I had a hard time getting into this book, so I read a chapter and put it down. But the story stayed with me, even after reading several other short stories. So I picked it back up and kept reading and reading and reading. It turns out that I loved it. I just didn’t care for abrupt Nicki or naive Hunter much, but they grew on me as she became less abrupt, and he realized hiding his head in the sand wouldn’t make his problems go away. While this book had a Christian worldview, it was not preachy, which I liked. And I also liked that I didn’t know who did most of the bad stuff until it was revealed in the book. Those twists make it worth the read.

I received this book from the author/publisher in exchange for an honest review.