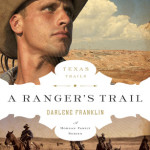 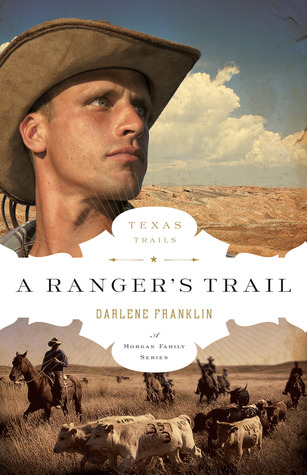 I must say I have become a fan of Darlene Franklin’s books. She incorporates real life happenings, which takes a lot of research, with a great imagination. This story is a great example of that.

Buck and Leta have baggage. Lots of baggage. Buck is half German; Leta hates the Germans, blaming them for her husband’s death. They want the same thing, but their way of getting there is far different. With the typical ups and downs of frontier life, we see their love take root and grow, but only in their hearts, and against their wills.

Can they get of the doubts and fear to find their faith, both in God and in each other?

I can’t say enough good things about  Ms. Franklin’s writing. It pulls you in and won’t let go until the story is told. You want to sit back and bask in the beauty of her words, as pictures are created in your mind.

This is the fourth book in a six-book series about four generations of the Morgan family living, fighting, and thriving amidst a turbulent Texas history spanning from 1845 to 1896. Although a series, each book can be read on its own.


In 1875 Buck Morgan rode into Mason County with the Texas Rangers to quell the violence stirred up by the actions a vigilantly mob. The Hoo Doo (or bad luck) War erupted as suspected cattle rustlers were  killed by an angry German mob and former ranger, Scott Cooley, gathers a gang to seek vengeance on the murders.


Suspected of cattle rustling, Leta Derrick’s husband was murdered by the mob a year earlier. Now she is siding with the rogue ranger, Scott Cooley and refuses to help Buck Morgan stem the tide of violence.  Leta prays daily that God will wreak vengeance on her enemies. Buck prays that the God of all provision will supply for the needs of the widow, her son Ricky, and her 15-year old brother, Andy. Buck lays a trap at his uncle’s ranch for the suspected outlaws but the plan backfires when Andy shows up. Shots are fired and one man is down. Andy has joined the outlaw gang and is now guilty of murdering Buck’s cousin.


Will their actions fuel the fire of vengeance? Or will Buck and Leta strike an accord that leads to more than just peace?