I don’t usually post on Tuesday’s, but the Lord laid this on my heart, and I needed to share with you what has been going on in my life.

If you’ve been reading this blog for long, it may seem that I am an open and forthright person, and to some extent, I suppose I can be, but for the most part, I am not. I am learning that struggles shared lessen the burden. 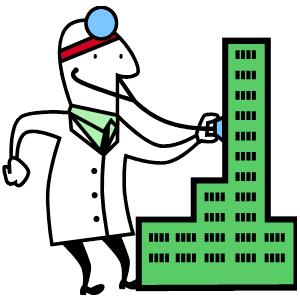 Since around August of last year, I have been experiencing back pain every day, along with several other bothersome physical symptoms that come and go.  In early December, I began seeking a reason. Five doctors and multiple prescriptions later, I am no closer to a cause.

But my aches and pains are not really the point of this post. Some time in December or early January, I was sitting in my church’s sanctuary waiting for choir practice to begin, and the Lord dropped something in my heart. He said to me, “You are about to go through some hard things.” I knew He meant with my health. He may have said more, but I don’t remember.

This past Sunday, I was to the point of giving up. I was standing on the choir risers in the midst of worship,  and I was having a conversation with the Lord. I was discouraged, tired, and hurting.  I told him I wanted to give up…I wanted to go HOME, and I wasn’t talking about my earthly house.

Fast forward a bit to the sermon. Our associate pastor, prophet that he is, talked about Hezekiah and the types of crises that he faced as king of Judah. At the end, he gave a normal altar call. Afterwards, he asked if there were any who felt as if they were under attack – physically, emotionally, or spiritually.

How could he know?

I stood and one of our elder’s wives came and prayed for me. After service, she came back. She said that she sensed that I have a problem with insecurity (nothing new), and some other stuff (I wish I had better memory, but alas all I can say is that what she said touched my heart so deeply that I trust the Holy Spirit to work her words out in me). She prayed for me a second time and anointed me with oil, praying for my healing. By this time, I had no makeup left, and I had to get back on the stage for second service.

We sang the same songs, in the same order, but I could barely get the words out, and sometimes I didn’t. I cried through most of the songs. Gut wrenching sobs (albeit quiet).

Why? Because while I couldn’t receive the words from those songs during the first service, I had opened my heart to be touched by them the second time around. I praised God and called him Holy. I thanked him for his grace.

God is a GREAT God, and He knows what we need, and when we need it.  All I’ve ever attempted to do with my family, and with my writing has been to glorify God.

I was reminded of a story during my moment of doubt. It’s in John 9:1-3, “Now as Jesus passed by, He saw a man who was blind from birth.  And His disciples asked Him, saying, ‘Rabbi, who sinned, this man or his parents, that he was born blind?’ Jesus answered, ‘Neither this man nor his parents sinned, but that the works of God should be revealed in him.'”

I have searched my heart, and I don’t believe that the consequences of sin is what is causing my physical issues (and while you may not agree with me, I do believe some illnesses are a result of sin), but that at some point, God will get glory from what I’m going through–either in my complete healing, or simply by my example. I pray only that each day I give Him the praise He deserves.

This has been a longer than normal post, but I wanted you to know where I am. Because of my physical symptoms, I have found it difficult to focus, but I think I need to learn to overcome, and speak the Word over myself, not only for my ultimate healing, but for the strength and grace to perform my day-to-day activities and to write the books I believe God has ready for me to pen.

I covet your prayers, but I would also like to pray with you. Comment on this post with as little or as much information as you are willing to share or e-mail me at bedofrosesthornsincludedATgmailDOTcom.

I WILL pray with and for you.