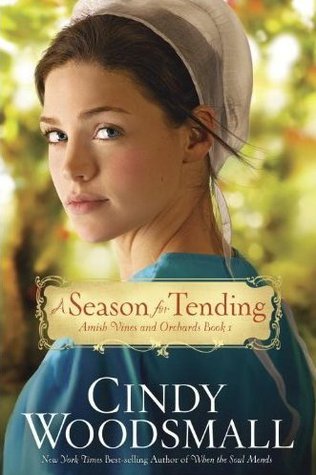 I’m almost caught up…here are the last two that I’ve read and need to be reviewed.  Enjoy.

A Season for Tending by Cindy Woodsmall

This one is a little out of my usual preferred genre-romance. Though there is a touch of romance, it is not at the core of the book. I enjoyed the story despite this “flaw” (LOL).

As with all of Cindy’s books, the characters are well thought-out. Her writing makes you look past the obvious and see into a person’s hurts, fears, and insecurities.

I look forward to book 2 The Winnowing Season (schedule for Spring 2013). I need to find out what happens to Rhoda, Samuel, and Jacob, which was left open-ended in this story.

Old Order Amish Rhoda Byler’s unusual gift and her remarkable abilities to grow herbs and berries have caused many to think her odd. As rumors mount that Rhoda’s “gift” is a detriment to the community, she chooses isolation, spending her time in her fruit garden and on her thriving canning business.

Miles away in Harvest Mills, Samuel King struggles to keep his family’s apple orchard profitable. As the eldest son, Samuel farms with his brothers, the irrepressible Jacob and brash Eli, while his longtime girlfriend Catherine remains hopeful that Samuel will marry her when he feels financially stable.

Meanwhile, Samuel’s younger sister Leah is testing all the boundaries during her rumschpringe, and finds herself far from home in Rhoda’s garden after a night of partying gone badly. But Leah’s poor choices serve as a bridge between Rhoda and the King family when a tragic mistake in the orchard leaves Samuel searching for solutions. Rhoda’s expertise in canning could be the answer, but she struggles with guilt over the tragic death of her sister and doesn’t trust herself outside her garden walls. As the lines between business, love, and family begin to blur, can Rhoda finally open up to a new life? And what effect will this odd, amazing woman have on the entire King family?

Threads of Faith by Andrea Boeshaar 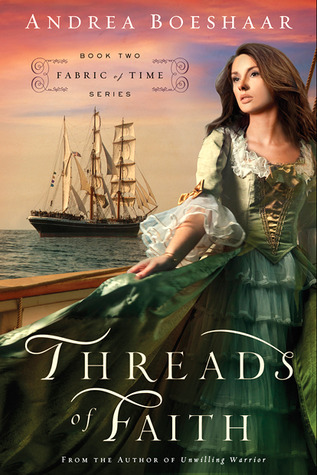 I LOVED this book. A strong heroine who takes control over her life only to lose it again.
I did not read book one, so I don’t know what I missed (though I think I will have to go back and read it because I enjoyed this one so much).
I highly recommend this book.
Back cover:

Can Julianna and Daniel start a new life in a new country?Julianna Wayland is running for her life! She hides in a crate on London’s dock, only to be loaded onto a ship bound for America. During the voyage she meets Captain Daniel Sundberg, and by the time they reach New York’s harbor, she is certain she’s in love with him. The only problem is, Daniel has plans for himself—plans that don’t include her.

As Julianna struggles to find her way in a new world, will trouble from her past derail the life she is looking for?

A Season for Tending
Threads of Faith