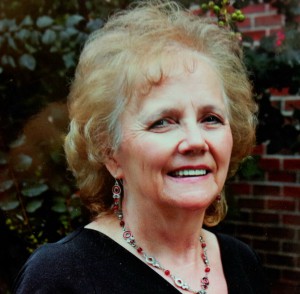 Teresa Pollard is from Richmond, Virginia, and was saved at a young age.  She has a Master of Arts degree in English and Creative Writing from Hollins College, and has served as a Sunday School teacher and children’s worker for most of the last forty years. She is the co-author of Not Guilty and Not Ashamed (due July 7), and the author of Tokens of Promise and Woman of Light, (also due out from HopeSprings Books in October).  Married for forty years, she was devastated by divorce and the death of her youngest daughter, but God has blessed her with a new home and another grandson, and she now resides in Dacula, Georgia.  She blogs every Tuesday at http://teresatalkstaboo.wordpress.com. Follow her on Facebook at Teresa Pollard, Author.

Light in the Darkness

When Candi Pullen and I were writing Not Ashamed, she shared with me that God had revealed to her that “she was a Deborah, sitting among the palm trees.”  She lives in Florida now, so she does quite literally sit among the palm trees.  But she and I both knew it meant much more than that.   From my biblical studies in preparing to write Tokens of Promise, I was able to tell her that palm trees were symbolic of places of great sexual immorality.  They were the Asherah groves where the priests of Baal and the priestesses of Ashtoreth had their trysts.  Deborah was the judge in Judges 4 and 5 who took over at least one set of palm trees in God’s name, and made them a place of righteous judgment.  (And no, that does not mean being judgmental.  It means having discernment and being a faithful witness to the truth.)

This was the conversation that led me to discover all I could about Deborah’s story, and write a novel called Woman of Light.  I love studying the Bible.  And I love exploring the stories of the Bible from as many perspectives as possible, gleaning all the meaning I can from specific Hebrew words, as well as taking into consideration what scholars through the ages, especially the ancient Hebrew scholars, have to say about a story.

The Bible doesn’t tell us a lot about Deborah.  The one thing it does tell us is that she is the “wife (woman) of Lappidoth.”  Instant problem.  The Hebrew word “Lappidoth” is a feminine plural noun.  It means lights or oil lamps.  Even Matthew Henry agrees it’s not a Jewish man’s name.  Some scholars have suggested it’s the name of a city, but no such city has been found.  It can also be translated as “woman of lights,” or “woman of splendors.”  Why would the Bible use Lappidoth?  Unless possibly it were a nickname for a tradesman?    Or a pseudonym for someone whose identity needed to be protected against enemies.  According to the Talmud, Deborah was Barak’s wife. They believed Barak was a vendor of oil lamps before he became the great general who led his people against Sisera.   Some scholars even believe Deborah was Solomon’s inspiration for the Proverbs 31 woman who propelled her husband to greatness with her clever ingenuity.  If we think about it, all this makes a lot of sense.  If Barak were not indeed her husband, why would an upstanding Jewish man let his wife go off with another man to war for months?  He wouldn’t!  Not under any circumstances.

After accepting this explanation, my next premise question was “What would propel two ordinary people like Barak and Deborah into greatness?”  My answer has no Biblical basis whatsoever.  The Bible doesn’t tell us.  I do admit this.  It’s a work of fiction.  Whenever I had a clue from either the Bible or the Talmud about what happened, that’s what I used. But  I had thirty years to cover with no clues.

Candi and I share one common experience.  Since God told her she was a “Deborah,” I decided to use it.  What was it?  Death.  Our daughters both died, and it left us devastated.  Devastation can lead to depression and failure, or it can propel us to do whatever we can to change things.  Suppose Deborah and Barak shared that same devastation?   Suppose they blamed Sisera for their daughter’s death?  What would they do then?

But Woman of Light  isn’t really a story about anger or revenge.  It’s a story of hope.  It’s  the power of praise within the midst of the battle.  A song of adoration when all hope seems to be gone forever that lifts our arms up to a loving Heavenly Father.  It’s praise for comfort to His children when He’s all they have left.  If you’re hurting for any reason, I hope you’ll read Woman of Light, and find comfort as I did in my Loving Father’s arms.  Thanks, and God bless.

More about Woman of Light: 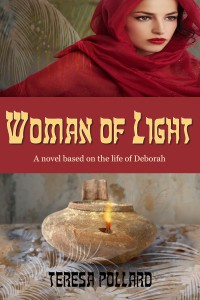 Ehud, Israel’s great judge, is dead.  He must have been out of his mind with sickness to prophesy that his granddaughter Deborah would judge Israel.  Just who does she think she is?  Doesn’t she know Sisera’s iron chariots threaten to annihilate the fledgling nation? And Barak?  A poor man who can barely feed his own family.  What kind of a God would choose two such improbable people to lead His people to battle?

To order Woman of Light: amzn.to/1guHfR7

6 thoughts on “Light in the Darkness by Teresa Pollard”