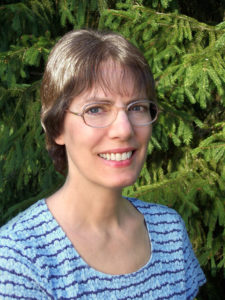 Terri Wangard grew up in Green Bay, Wisconsin, during the Lombardi Glory Years. Her first Girl Scout badge was the Writer. These days she is writing historical fiction, and won the 2013 Writers on the Storm contest and 2013 First Impressions, as well as being a 2012 Genesis finalist. Holder of a bachelor’s degree in history and a master’s degree in library science, she lives in Wisconsin. Her research included going for a ride in a WWII B-17 Flying Fortress bomber. Classic Boating Magazine, a family business since 1984, keeps her busy as an associate editor.

Get to know Jennie Lindquist

You traveled overseas in 1944. What did you do in the war years before that?

I worked at the Chicago art museum where I put together special exhibits like “Art in War: American Artists’ Record of War and Defense.” I also conducted tours through the museum for school groups.

What prompted you to go overseas?

Rumors of layoffs swirled around the museum, with the understanding that the last hired would be the first fired. My my dad saw them as an opportunity to spread my wings and go to Sweden, where he was a military attaché. He loves Augustine’s saying, “The world is a book and those who do not travel read only one page.”

My boss said I could scout out possible exhibitions for after the war. Other countries wouldn’t be able to take part in exchanges, what with the mess they were in and their art stolen or destroyed. The possibility of scouting for the museum was enticing, and a job would be waiting for me when I returned.

You traveled across the Atlantic on the Queen Mary. Were you concerned about submarines?

By 1944, the U-boats weren’t having the success they enjoyed earlier in the war. Both of the Queens were supposed to travel so fast, the U-boats couldn’t set up a shot. I never heard of either ship having a torpedo fired in their direction. That gave me confidence I wouldn’t have had if I’d traveled on a Liberty ship.

You managed to have a shipboard romance.

Oh, I wouldn’t call it a romance. Rafe and I did spend a lot of time together, and I hoped to see him again after the war. I wondered about him often. Being part of a B-17 crew was so dangerous. And then his plane crashed in Sweden and there he was, covered in blood. My heart stood still.

You had a brief but intense training course for the OSS. You saw no danger there?

I was convinced I’d work behind the scenes. And I was going to Sweden. That was hugely different from being an agent in Germany. Still, when I was assigned to leave the legation and meet with agents, I definitely had qualms. Not until Rafe joined me did I start to enjoy our outings. Rafe made them fun.

Do you have any misgivings about Rafe being from Germany?

Never. I knew the day we met that he was angry with the Germans and with his father for rejecting him and the rest of their family because of Jewish ancestry. It hurt him to see Germany being destroyed. By war’s end, he came to understand how his father had been unable to cope with the belligerence of the Nazis. How would any of us react if we’d with a government turned so vicious? I’m so glad we found Rafe’s father in Cologne after the war and their relationship began to heal. Remembering their embrace still brings tears to my eyes.

More about No Neutral Ground: 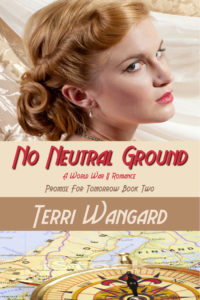 No Neutral Ground is the second book of the Promise For Tomorrow series.

After his father divorces his mother because of her Jewish ancestry, Rafe and the rest of his family flee Germany. As a B-17 navigator, he returns to Europe. Flying missions against his former homeland arouses emotions that surprise Rafe. Despite being rejected, he is troubled by the destruction of Germany and his heart still cries for his father’s love.

Sweden may be neutral, but it’s full of intrigue. Jennie assists the OSS at the American legation in Sweden. She thought she’d be doing passive, behind-the-scenes work. Instead, she’s pushed into an active role to gain intelligence and frustrate the Germans.

How can Rafe and Jennie succeed in their dangerous roles when they are so conflicted?

Find No Neutral Ground at Amazon.