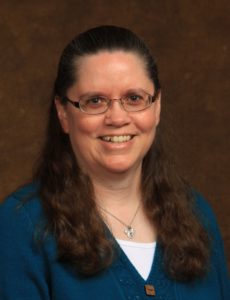 Jodie Wolfe got bitten by the writing bug as a young girl after reading and watching Little House on the Prairie. She loves writing stories about feisty heroines and strong, godly heroes. The power of story to influence lives and change hearts is what motivates her to weave tales that tell of the Savior’s faithfulness and forgiveness. Her books provide history, hope, laughter and happily-ever-after. When not writing she enjoys spending time with her husband, reading, walking and being a Grammie.

Jodie: Hi Ellie, can you tell us a little about yourself?

Ellie: My sister and I are identical twins. Very few people can tell us apart. In fact, even though we’ve been living in the same boarding house for the past seven years, our landlady still can’t tell us apart. Ma and Pa could though.

Jodie: So did you and your sister ever try and fool somebody by posing as the other one.

Ellie: Chuckle. Yes, numerous times although it never worked with our parents. One time when we were in school I had Mae take a spelling test for me. They had several classrooms at the orphanage.

Jodie: Were you discovered?

Ellie: Yes and the teacher failed both of us. We had to stay after class and write an essay about why we should never lie. We missed out on supper too. After that, it took a long time before I could convince Mae to try another shenanigan.

Jodie: It sounds like you two are very close. I take it you don’t have any family since you mentioned being an orphan.

Ellie: We ended up in The Children’s Aid Society in New York when we were ten.

Jodie: How did you end up in Calder Springs, Texas?

Ellie: We came in with the Orphan Train when we were eighteen. We liked the area so we decided to stay. And it also was the end of the line so we didn’t have a whole lot of choice. Neither of us wanted to return to the city.

Jodie: I understand you are a cook at the Good Fixin’s Diner. Do you have a specialty?

Ellie: I suppose my chili. Although folks are partial to my cobblers too.

Jodie: What job does Mae have?

Jodie: One final question before I let you go since I know you’re a busy woman. I understand you like to knit. What types of projects do you do?

Ellie: Mostly hats, scarves, and mittens. I’d like to branch out and try a sweater someday, but I haven’t yet. Maybe one of these days I will.

Jodie: It’s been great visiting with you today. I’m sure readers will learn more about you when they read your story in Hearts Tightly Knit.

And more about Hearts Tightly Knit: 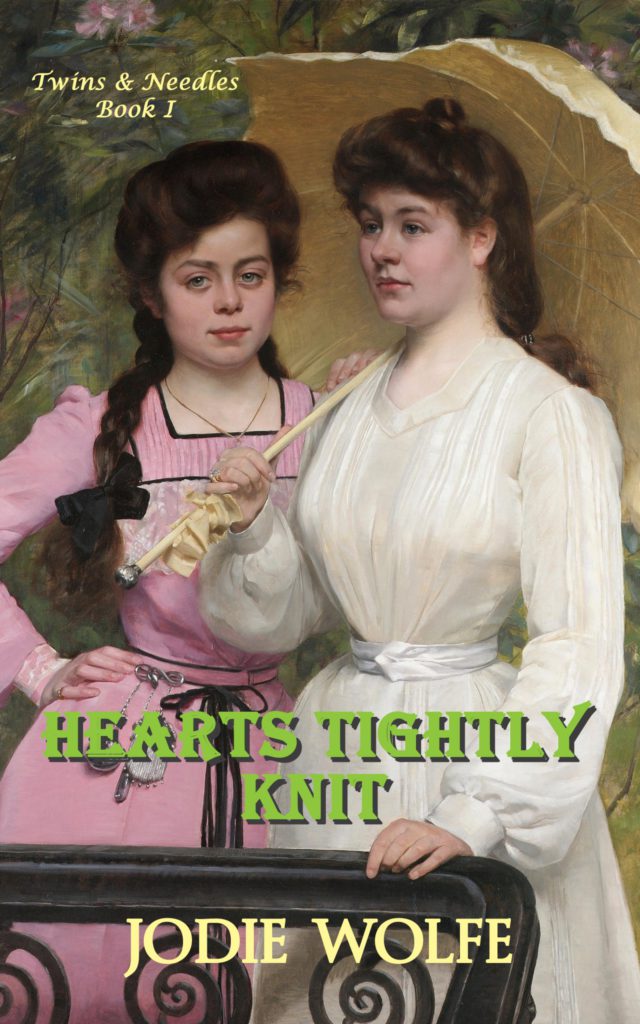 Orphaned at age ten, Ellie Stafford and her twin sister Mae made a vow—to stick together and never marry. Now in their mid-twenties, they are bucking convention in Calder Springs, Texas, as women with respectable occupations who can take care of themselves. Ellie works at the Good Fixin’s Diner and spends her evenings knitting garments for The Children’s Aid Society. When a handsome local rancher shows up looking for a cook, she’s hardly tempted, despite his good looks.

Luke Rogers owns a spread just outside of Calder Springs. It was running as smooth as cattle going through a chute until his cook up and marries and high-tails it back east. With no cook and a bunkhouse full of ranch hands ready to revolt, he persuades Ellie to temporarily fill in until he can hire someone else. He should have known better than to get tangled up with another woman.

Where to find Jodie:

Where to buy her book”

Thanks for joining us Jodie, and Ellie.