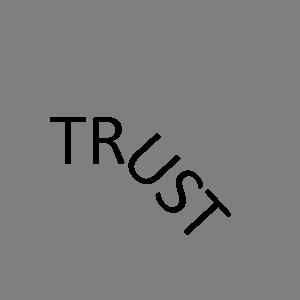 Trust is something I have just recently realized I have issues with. Let me explain.

Last week, my husband and I went to Chattanooga, TN for an overnight stay at a bed and breakfast–his anniversary present to me. 🙂  We were chatting about having friends on the way home and something he said hit me hard. “You have issues with trust. You never want to be hurt…not physically, emotionally, or spiritually.”
He left the next day to take our almost-16-yr. old son skiing, so I’ve had the last week to ponder and pray about his statement. And I realize he’s right. I don’t trust.
Why? Because many people early in my life broke the bond of trust.
I have only a few memories of my childhood. A psychologist would say it’s a coping mechanism, and I’m sure it is. You see my brother (14 yrs older than me) sexually molested me for many years. BROKEN TRUST. 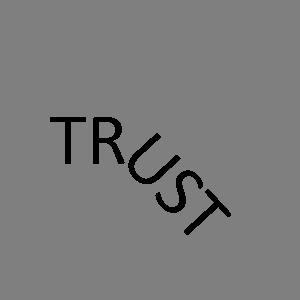 I have a vague memory of my mother walking in on “us” once. For a long time I thought I imagined it. Shortly before she died (I was in my 30’s by then), I asked her about the “memory”. She confirmed its truth and went on to state that she never left me alone with him again, but I know that can’t be true (though I don’t remember for sure). One memory I do have is when he returned home from an extended time away–I was a preteen or young teenager (I don’t remember exactly)–I told him to leave me alone because I could get pregnant (public schools taught me something LOL). BROKEN TRUST.
My parents separated when I was 14. I don’t think I saw or heard from my dad again until I was close to 16. At that time, I went to stay with him (and my grandparents) for two weeks. He wouldn’t let me drive anywhere and I was bored and wound up leaving early. I didn’t see him again until the day before my wedding (I was almost 21). BROKEN TRUST. (BTW, I don’t think he knew about the molestation, ever.)
In my freshman year of high school, I dated a guy several years older than me. I can see now I was looking for someone to love me. We dated for a little over a year. He even asked me to marry him. *snort* I was so young. (Yes, my mother knew. No, she didn’t discourage the relationship. She even took me to the health center for BC pills.) Said boyfriend broke up with me for a girl he worked with. I’d given him more than he deserved and he BROKE MY TRUST.
I could go on, but you can see why it’s difficult for me to open myself up to others, allow them in to who I really am. I’m not even sure I know how to do that. I put on a good show. I can smile, joke, and get along with people as good as anyone, but I don’t trust anyone with the real me-the one who feels things deeply.
Unfortunately, it doesn’t just extend to humans. I sometimes fail to trust God, too. He knows my deepest, darkest secrets and loves me anyway. Why can’t I trust Him always, in all things?
So I’ll ask my question again…how do I trust?
Blessings,
Ginger
PS. It’s taken a great deal of courage to actually post this blog. Please be kind.