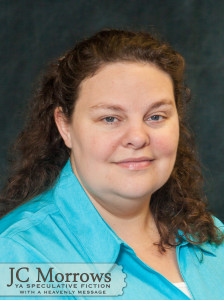 JC Morrows – writer of YA Christian speculative fiction, drinker of coffee and avid reader – is a storyteller in the truest sense of the word. She finished her first speculative fiction novel purely for the enjoyment of her mother – also known as her biggest fan. JC has been telling stories in one form or another her entire life and once her mother convinced her to write them down, she couldn’t stop. She gives God all of the glory for her talent and ability! “And the LORD answered me, and said, Write the vision, and make it plain upon tables, that he may run that readeth it.” Habakkuk 2:2 KJV

Heading in the Wrong Direction

Recently, we heard about a newscaster and her cameraman who were shot – and killed – while on location in Virginia… a few weeks ago, there was a man who entered a theater in Tennessee, who inflicted harm on movie-goers, using teargas, pepper spray, an air-soft rifle, and a hatchet. There are many other stories such as these, in the news today.

Too many Americans have turned their backs on God… too many laws have been passed allowing foreign citizens to worship, yet our children can’t pray in school, where violence is rampant. Evolution is taught as fact; creation isn’t taught at all.

In my novel, A Reluctant Assassin, I tried to portray a future this country could very well be heading towards. Kayden, the main character, reacts almost violently to a term of endearment uttered by the Prince. This reaction has nothing to do with the her mission; it has nothing to do with what makes her a “reluctant” assassin – it is related entirely to an event that occurred years before Kayden entered the palace, under false pretenses, to eliminate the only remaining member of the Fortine blood line.

The following does not give anything away about the plot of the novel (especially since the event mentioned below is never actually revealed in the series itself).

Kayden was left on her own at the tender age of seven. The streets of Orum, Auralius’ capital city, are hardly a safe place for any young woman; much less a young girl of seven, but Kayden is surprisingly resourceful. For three years she was on her own, until one fateful night…

At the vulnerable age of ten, Kayden made one choice that would forever change her life. She walked down the wrong street. If it had not been for the man who would become her mentor, well… I’ve never let myself think of what could have happened to Kayden, but she would not be the heroine in my story – that is certain.

And I will not go into the gory details of what actually did occur. Suffice to say; Kayden was violated in a way no young woman – be she ten years old or a hundred – should. In fact, if Alfreid had not come along when he did, it is most likely that the horrific experience would have ended in Kayden’s death.

Where am I going with this?

The country of Auralius has abandoned their faith. Those who believe in God are most definitely in the minority, and – while they are not actively being persecuted – they are not treated fondly. In essence, decades of war and devastation have caused the people to affect an attitude that is very much present in our world right now – If God exists… why does He let bad things happen?

One of the the messages Dvarius works so diligently to portray is that we are responsible for our own demise. In allowing the staunch faith in God we once held so dear to be banished from our country, we refused His love and protection and offered our country up willingly to the enemy.

If we do not hold tighter to our faith; if we do not stand up for it, and if we do not have the courage to demand a return to the values, morals and Biblical principles this country was founded on – we could very well find ourselves in a future much like the one Kayden and Dvarius are struggling through.

More about A Reluctant Assassin: 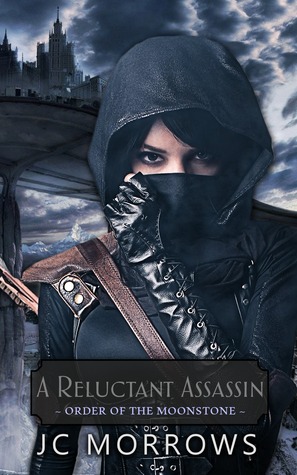 Her mission was simple — get close to the Prince, and kill him. . .

Kayden entered the palace under a lie, one designed to get her close to the Prince. On the outside, she may look like a princess but beneath the mask, a killer lays in wait — for the perfect moment.

Dvarius was not ready to take the crown, nor was he ready for a wife . . .

But due to his father’s unexpected death and an archaic law — he must find a bride before he is allowed to take his rightful place on the throne.

Thanks for joining us, JC. Your story looks very intriguing.