Yesterday in church, our pastor shared a story from his teen years. I definitely won’t tell it like he did, but I want to start this post with it.

When he was a teen, he and one of his buddies would go to a stop light on a local 6-lane road. Driving separate vehicles, they would pull up to the red light, one in the far left lane, and the other in the far right lane. When a car would pull between them, they each would put their vehicles in reverse, and move back slowly. The unsuspecting driver in the middle thought he was moving forward and would scramble to figure out why his brakes weren’t working.

Our pastor went on to say that if the driver had simply looked at the light post or any other stationary object, he would have realized he wasn’t moving. 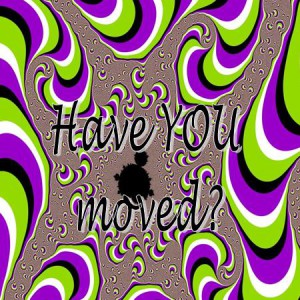 What determines your right from wrong?

If you’re a Christian, only one of those should be your answer.

But just like the unsuspecting driver in the above illustration, we need to keep our focus on something steady, something reliable, something infallible.

1 Peter 1: 24-25(NLT):  As the Scriptures say, “People are like grass; their beauty is like a flower in the field. The grass withers and the flower fades. But the word of the Lord remains forever.”  Quoted from Isaiah 40:6-8.

Have you moved? Have you forgotten what your focus should be? Do you look at the objects around you and scramble to find your footing because it feels like you’re moving?

Keep your eyes focused on Jesus (the Word).